October 25—An umbrella organization for championing the commercial side of the cooperative movement in Uganda, has […]

October 25—An umbrella organization for championing the commercial side of the cooperative movement in Uganda, has queried the quality of knowledge being passed onto students at colleges providing cooperative education and the government’s commitment to fund improved teaching methods. 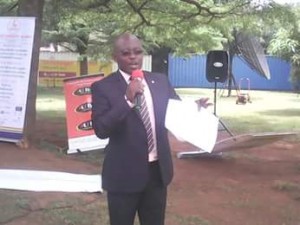 Asiimwe was speaking during a recent East African Community forum on use of kiswahili and took the chance to champion the cooperative movement.

Giving the example of Kigumba College and Tororo College located on opposite sides of the country, Ivan Asiimwe, the General Secretary of the Uganda Cooperative Alliance (UCA) said recently,  “Currently, these colleges only offer certificate and diplomas in cooperative education. Kigumba which was formed in 1955 has not developed at all. It still offers the same syllabus which has become irrelevant to the current needs. If government wants cooperatives to work, it must invest in its education system.”

UCA is asking the government to invest more resources in cooperative education by introducing the subject at secondary and university level in order to bridge the human resourcing gap needed in management of cooperatives.

Asiimwe was also concerned about the way the cooperative movement is being steered, despite the government’s stated wish to encourage a revival of these groupings as an anchor for generating higher incomes.

He said the government needs to develop an independent law and regulation for cooperatives and not mix them up with savings groups (SACCOs).

“There are over 6000 Sacco’s, 100,000 money lenders and thousands of self-development groups. All these are governed under the same Act which isn’t impossible. Our needs, operations are different. Hence the need to separate institutions that govern these groups,” Asiimwe said.