June 14— During the past year, Uganda’s visibility as a preferred tourist destination has brightened somewhat […] 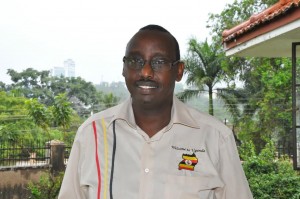 Asiimwe believes hiring the three foreign firms has paid off in terms of raising Uganda’s profile in the targeted regions.

June 14— During the past year, Uganda’s visibility as a preferred tourist destination has brightened somewhat due to the initial efforts of the three marketing firms hired to target markets in the United States and Europe.

In January last year, the Uganda Tourism Board (UTB) hired the services of Kamageo to help drum up business in the United Kingdom (UK) and Ireland while KPRN is doing the same for German speaking Europe.  PHG Consulting was contracted to cover North America. The total bill over one year is $1.5 million.

Stephen Asiimwe, the UTB Chief Executive said “The first benefit for us has been gaining marketing experience in these regions. When we started out with these firms Uganda was coming from a relatively low base.”

The three firms are being paid with money sourced from the World Bank and the government channeled through the $100 million Competitive Enterprise Development Project coordinated by the Private Sector Foundation Uganda. CEDP is also involved with raising efficiencies in Uganda’s business licensing and land administration.

Asiimwe said, “We were not really that well known as we like to think, until arrangements were made for media teams to come here from such major publications like the FT and top travel bloggers.  Now the country is getting more visibility such that this year CNN named Uganda the fifth best destination in the world and Rough Guides .made Uganda the fourth Travel Hot spot.”

In 2011, Uganda received 45,900 and 66,100 visitors from North America and Europe respectively. Four years later the figures were 49,500 and 76,000, how Asiimwe believes total numbers will be much more above the present 1.3 million annually and revenues of just over a billion US dollars. The government wants tourists to reach four million by 2020.

Asiimwe said getting the ears and eyes of the big wholesalers to focus on Uganda  is a key part of the UTB strategy with the three firms.