Consumers slapped in the face as Umeme hikes power tariffs 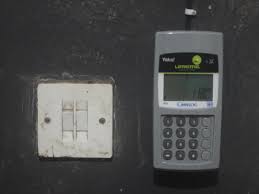 April 09, 2018- The poor will have to dig deeper into their wallets after the Uganda Electricity Regulatory Authority ERA, approved a 60pc increase in the lifeline tariff charged to consumers by power regulator Umeme.

Electricity base tariffs for Q2 2018 released by Umeme today indicate that the lifeline tariff for the first 15 units of consumption has increased from UGX 150 to 250.

Although it was initially claimed that revisions to the lifeline tariff would be reflected in a lower charge for consumption beyond 15 units, this has proved negligible as the baseline domestic tariff remained at UGX 718.5, a change of just 0.1pc.

The new tariff regime will run until June 30 when a new guide will be issued by the regulator.

Commercial consumers connected a three phase connection discharging 415 volts will pay UGX 647.6 average tariff, also just 0.1pc lower than the previous quarter while medium scale industrial consumers will round off at UGX591.5 per kilowatt hour, a reduction of 0.2pc.

The reductions are unlikely to improve Umeme image before a public that has been agitating for the termination of the company’s distribution concession.

A cloud of uncertainty hangs over the power distributor’s future in Uganda following the revelation of a March 2018 letter from President Museveni to energy minister Irene Muloni raising questions about the justification of the exorbitant power tariffs. Museveni concludes that Umeme’s concession should not be considered for renewal when the current contract runs out in about 12 years’ time.