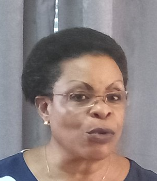 ‘The President never said taxi drivers should stop paying taxes. He only asked Kampala Capital City Authority (KCCA) and other urban councils to come up with an annual amount so that a taxi operator pays once instead of paying per day,” Betty Kamya, the Minister for Kampala said in a news conference at the Media Centre.

The capital, Kampala and other major towns in the country, does not have a formal public transport system. Instead, 14-seater commuter taxis and minibuses, owned by private individuals or business groups provide these services in a relatively laissez faire manner.

Kamya said commuter taxi operators misunderstood the President’s comments on the issue. Kamya said Museveni asked KCCA and other urban councils to come up with a process that will eliminate multiple taxation or over taxation of informal businesses including PSV operators.

“The drivers who have been claiming the President abolished the taxes and have been refusing to pay are doing it against the law. They have sabotaged a government initiative and intepreted it wrongly and tried to enforce it which is wrong,” Kamya said.

According to the Minister, the President ordered the concerned authorities to come up with an annual fee to be paid by all taxi drivers instead of the multiple unregulated taxes that are frustrating drivers.

Speaking at the same venue, the Minister for Local Government, Tom Butime said the government had decided to maintain the resolutions that were passed in February 2017 by local governments and KCCA concerning the road users fees statutory instrument 2005.

PSVs operating in different urban centres will pay no more than UGX80,000 (about $22) per year as a parking fee while those operating in Kampala would pay UGX120,000 per year.

Kamya also announced that the government had banned  he charging of daily parking fees and levies on public transport and privatization of revenue collection by private entities. She  said the unregulated and informal category of levies has been the underlying cause of constant disgruntlement, resentment and unrest within the public transport industry, frequently resulting into violence.

Kamya said, “The informal levies have encouraged an explosion of ungazetted stages where a variety of illegal fees are collected by unauthorized groups. This has to come to an end” she said.