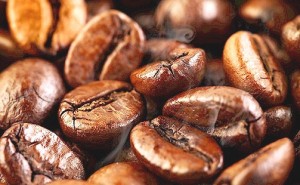 Coffee is one of the most popular beverages in the world and the raw beans are the second most traded commodity after crude oil.

January 17—Uganda Coffee Development Authority (UCDA) is marking its silver jubilee this year and during mid-February the country will host the 16th African Fine Coffees Conference and Exhibition in Kampala.

Speaking on the importance of Uganda’s second leading foreign exchange earner, UCDA managing director, Dr Emmanuel Iyamulemye Niyibigira said, “The coffee sector has generated approximately 20-30% of our foreign exchange over the past years and contributes to the income of millions of rural households. Currently coffee is the third most important income earner after tourism and remittances from abroad and over 1.7 million families derive their livelihood from coffee.”

He said, “UCDA is a shining example of the success of the economic reforms in Uganda. The agency has created over 100,000 plus high quality, high disposable income jobs along the coffee value chain, contributed more than $500 million a year in exports and raised the image of Uganda by earning many laurels abroad. It has trained the value chain actors including farmers, nursery operators, processors, traders, quality controllers, Q and R graders, roasters, baristas and café operators.”

Based in Kampala, the African Fine Coffees Association (AFCA), is the main organiser of the upcoming event. It is a regional non-profit, non-political, member-driven association representing the coffee sector in 11 member countries of Burundi, Ethiopia, Kenya, Malawi, Rwanda, South Africa, Tanzania, Uganda, the Democratic Republic of Congo, Zambia and Zimbabwe. The Kampala talks and expo will take place between February 14 and February 16 at the Serena Hotel.

Although much of global production is dominated by producers from Latin America led by Brazil and in recent years, Vietnam, coffee is the second largest valued commodity in international trade after crude oil and an important sector in several African economies.

However apart from Ethiopia, domestic coffee consumption across Africa remains far below expectations. The coming conference is seen as one way to share ideas, drum up new business and brainstorm the obstacles that once removed could improve the African coffee value chain. Creating value out of developing  speciality coffee is currently the most popular activity taking place in the industry and a key point of discussion for a large section of the expected participants in February.

Speciality coffee is used to refer to coffee that is graded 80 points or above on a 100 point scale by a certified coffee taster or by a licensed Q Grader(CQI). Specialty coffees are coffees at their peak and are different to other coffee because specialty coffee has been grown at the perfect altitude, at the correct time of year, in the best soil, and then picked at just the right time.

Uganda’s speciality coffee is derived from Arabica varieties grown in the highlands of Mt. Elgon, Rwenzoris Mountains and Kapchorwa as well as parts of West Nile. However Ethiopia and Kenya are currently the region’s leading producers with the United States being the top buyer.

This coffee segment has been described as high margin and high value and is now the fastest growing market in the world. The event is Africa’s largest coffee trade platform and for three days brings together nearly 2000 regional and international coffee roasters, traders, producers, professionals and connoisseurs in one location to talk shop.