CNOOC due to make final decision on Uganda oil 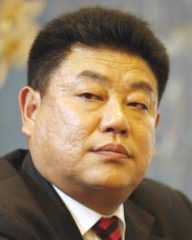 CEO Yuan Guangyu said the Chinese stock markets have confidence in the company.

February 13—Uganda has been listed by the Chinese National Offshore Oil Corporation (CNOCC) as one of eight projects the company is expected to reach final investment decision (FID) in 2018.

The Uganda government wants commercial production of crude to begin by 2020 so the prospect of renewed spending would be very welcome after about two years of relative inactivity in the budding oil and gas sector. However there are no guarantees the Chinese will commit more to the Uganda project unless there are sure of the returns in light of the obstacles still ahead including an outlet to the sea.

Other CNOOC projects up for FID are located in Brazil, Canada, Guyana, the Gulf of Mexico, Iraq, Nigeria and the United Kingdom.

Early this month, Yuan Guangyu, the CEO and Xie Weizhi, the Chief Financial Officer were in Hong Kong to give a presentation of the company’s plans for this year after CNOOC was formally included as a component firm of the Hang Sang Index. “This inclusion reflects investor confidence in the company, and it proves the market has great expectations for us. We will strive to pursue valued growth, improve production efficiency and bring better returns for our shareholders,” he said.

An FID is a determination made by directors and/or management as to how, when, where and how much capital will be spent on investment opportunities. The decision often follows after intensive research to determine costs and returns for each option available. CNOOC wants to substantially increase its capital expenditure this year to nearly $13 billion, a 40% hike compared to 2017. Some 65% of the investment will go towards development, 18% to exploration and 16% to production.

Its subsidiary, CNOOC Uganda Limited has been developing oilfields in the western parts of the country. CNOOC Uganda Limited received a Production License for the Kingfisher area in September 2013. Together with Total E&P Uganda, the partners have been edging towards the development phase of the estimated 1.5 billion to 2 billion barrels of recoverable oil deposits. A $3.4 billion pipeline is also in the works that will carry the crude from Hoima in western Uganda, to Tanga port in Tanzania. CNOOC wants to spend between $11 billion ad $12.7 billion this year in capital-expenditure (capex) in a reaction to the steady climb of oil prices on the international market since mid-2017.  However the recent rally that brought Brent Crude slightly above $70 a barrel has slowed.

Total E&P Uganda is partnering with CNOOC Uganda Limited in the development of Uganda’s oil resources in the Lake Albert region. In 2012, Tullow Oil farmed-down an agreement with Total E&P Uganda and CNOOC Uganda Limited in which they each acquired a 33.3% interest in the Lake Albert Exploration Areas 1, 1A-Lyec, 2 and 3-Kingfisher. Each of the 3 partners has an equal stake in the exploration area operated by its partner.