August 10, 2017 in Business, Companies, Energy, Investment, U by Editor

August 10— A Chinese consortium bidding to build a refinery in Uganda is displeased with the final vetting that saw it lose out to an American group for the $4 billion project. 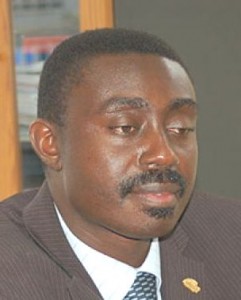 The Chinese want Dr. Isabalija to tell them where they went wrong in the bidding process.

The tone of their public statement in mid-week indicates the Chinese had been assured the nod would come their way and now that it hasn’t, they want answers.

‘We are taken aback by press reports indicating that the Government of Uganda (GoU) has purportedly selected a group known as the Albertine Graben Refinery Consortium to develop the Refinery Project. Incidentally, the same reports indicate that the Dongsong- Petroleum Engineering & Construction Corporation (CPECC) Consortium has been appraised as the best bidder with 83.38%,’ reads part of a statement mostly directed at Dr. Stephen Isabalija, the Permanent Secretary in the Ministry of Energy and Mineral Development.

The Chinese have expressed concerns over the procurement process to build the refinery in the western district of Hoima, where Uganda’s 6.5 billion barrels of reserves are found. Early this week, Dr. Isabalija announced that the government has agreed on the core project terms for the Uganda Refinery Project with the Albertine Graben Refinery Consortium (AGRC).  AGRC is made up of Intra-continental Asset Holdings Limited, Yaatra Africa, Saipem SpA and General Electric (GE).

However the Chinese are wondering how this came about yet CPECC which has the engineering expertise in the consortium, had been appraised highly.

According to a letter issued by Dongsong on a June 8, the Consortium sought clarification whether the GoU had a preferred and alternate bidder for the project.

Apparently this arose after the emergence of AGRC as a serious contender and the fact that GE, the American engineering and technology multinational was party to their bid.

In the same letter, the Chinese ‘requested for the term-sheet of the Project Framework Agreement (PFA) and the Implementation Agreement (IA), to enable the Consortium to prepare for meaningful negotiations with the GoU’.

Clarification on the rules that would apply to the selection process going forward was also sought. In his response, Dr. Isabalija said the process would be by way of conducting parallel negotiations, which were to be guided by a ‘model’ PFA and IA.

However, Dongsong  claims this was not mentioned in the Permanent Secretary’s letter dated June 12. The group also asserts that whereas the Permanent Secretary “placed reliance on a process flow-chart that was sent to the Constortium prior to the due diligence in China, we must state that it was not clear whether GoU was to conduct parallel negotiations.”

The statement adds: “Further, our recordings of the due diligence engagements do not contain any statement to the effect that GoU was intending to conduct parallel negotiations.”

On receiving the letter, they (Dongsong) on June 13, wrote indicating that the government’s approach was contrary to the earlier understanding from the discussions between the two parties – government  the DongSong-CPECC Consortium.

Throughout the entire due diligence process the Consortium was informed and understood that if it met all the requirements indicated in GoU’s letter of request for proposals it would be selected as the preferred bidder.

Basing on that, the consortium, “worked tirelessly to put together a robust proposal; set aside the required $100 million for the pre-FID activities and provide all the information required, including agreements with all consortium members and a letter from the Industrial and Commercial Bank of China,” the statement reads.

It is against this backdrop that Consortium queries “the abrupt change of course and introduction of superfluous parallel negotiations at the eleventh hour, which in their view compromised the integrity of the procurement process and was intended to help non-complaint consortia to rectify defects in their proposals.”

Dongsong says in a June 30 letter, the government did not provide the Consortium with the term sheet for the PFA and IA so as to enable them to prepare for meaningful negotiations. “Instead, the said letter requested the Consortium to first execute a bid bond before the GoU core terms would be disclosed,” Dongsong states.

The above, to their surprise, was not attached to the letter, when “ordinarily, no serious investor would execute a bond before understanding the terms and rules of engagement.”

They have therefore noted that Dongsong-CPECC consortium has never disintegrated, remains strong and committed to invest in the development of Uganda Refinery Project, provided the concerns raised in the Consortium’s earlier letters are addressed.