August 16, 2018—Ant Financials, a subsidiary of the Alibaba group, and operators of Asia’s biggest payment […] 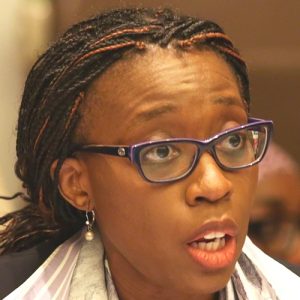 August 16, 2018—Ant Financials, a subsidiary of the Alibaba group, and operators of Asia’s biggest payment platform Alipay, have announced a new partnership with the United Nations’ Economic Commission for Africa (ECA) and the International Finance Corporation (IFC) according venturesafrica.

The scale of the Chinese operations may pose a threat to further M-Pesa expansion across the continent. Ant Financials hopes to “promote digital financial inclusion” in Africa, “through investments and technical assistance.”

This announcement was made earlier this month as the heads of the ECA, Ant Financials, and IFC met in Ethiopia to discuss the importance of ICT to financial inclusion on the continent. IFC is the private sector lending arm of the World Bank Group.

Vera Songwe, the ECA Executive Secretary, said the partnership would enable SMEs to take advantage of the African Continental Free Trade Area (AfCFTA) agreement between African countries. Ant Financials will be able to facilitate payments across borders for these smaller companies.

“Agenda 2030 and Agenda 2063 say we should leave no one behind, and many people have been asking what happens to SMEs with the AfCFTA. So we are thinking about what platforms we can put together to ensure that not only big companies take advantage of the AFCTA but also small companies,” she said. Forty-nine of the 54 countries on the continent have signed the African Continental Free Trade Area agreement, leaving Nigeria, the most populous African nation, and four other African countries.

Ant Financials is valued at $150 billion, making it the ninth largest internet company in the world. It operates three of the biggest financial service businesses  in China, the largest potential market for businesses in any country.

Alipay, which processes mobile payments for stores and restaurants, Yu’e Bao, a money market fund that offers interest on investments up to four percent, and Zhima Credit, which is private credit platform. Of the three, Alipay is most likely to be adopted by the AfCFTA.

Alipay currently has more than 870 million active users globally, with about 300 million of them outside China. It is being used in more than 40 countries worldwide, with a recent expansion strategy in Southeast Asia vastly increasing its customer base.

Africa and the AfCFTA offer Alipay and Ant Financials a potential market of over 1.2 billion people and a GDP of $2.5 trillion. It could make Ant Financials the biggest financial services company in the world. This presents a challenge for indigenous African Fintech companies and banking institutions.

For many of Africa’s biggest Fintech companies or banks, while they have been able to facilitate and provide financial services for their regions or countries, they have not been able to create a pan-African platform for their services.

For example, Africa’s biggest mobile money platform, M-Pesa, is operative in only 10 countries. In addition, of the three biggest economies on the continent, M-Pesa is only in operation in Egypt, while it has found it difficult to break into the Nigerian and South African market.

Data flows, as well as free movement of goods, services, people, across borders, will define the trade area on the continent. Alipay would be able to scale that hurdle, with its platform already doing that in more than 40 countries. African Fintech companies and banking institutions are limited in this aspect.