May 30, 2018—The African Development Bank (AfDB) is reviewing efforts being made by Sinohydro Corporation to […]

May 30, 2018—The African Development Bank (AfDB) is reviewing efforts being made by Sinohydro Corporation to change its ways of doing business after a probe concluded that fraud was involved in the tendering process for the bank-financed Road Sector Support Project in Uganda during 2013. 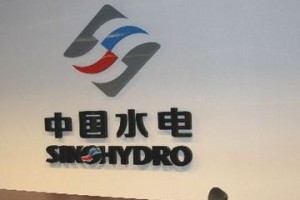 Company officials are hoping the latest review will reduce their disbarment from three years to 24 months.

Investigations by the AfDB Office of Integrity and Anti-Corruption found that the state-owned hydro-power and engineering company misrepresented its prior project experience by using not yet successfully and substantially completed contracts as references. This caused the company to be disqualified.

On June 15 2017, the Chinese contractor agreed to a comprehensive verification of its compliance program by the AfDB in a bid to reduce its three-year disbarment period. According to a press release, the AfDB will verify the adequacy of Sinohydro Corporation’s compliance framework and the robustness of its implementation prior to any release decision.

Anna Bossman, the Director of the Office of Integrity and Anti-Corruption said “The purpose of the Bank’s sanctions regime is in equal measures the deterrence of sanctionable practices such as fraud and corruption and the rehabilitation of entities found to have engaged in such. “Engaging with companies and ensuring the implementation of robust corporate compliance safeguards is key to avoid recidivism,” she said.

Sinohydro Corporation is presently working on the tail end of finishing the $2.2 billion 600MW Karuma hydro-electric project, a 200 kilometres north of Kampala. According to site officials, it is now 80% complete and will be Uganda’s biggest electricity generating facility.