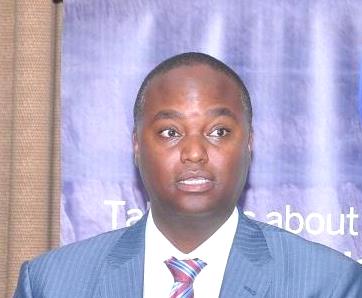 Mweheire becomes the new deputy Chairman at the Uganda Chamber of Mines and Petroleum. Stanbic Bank, Uganda where he is the Chief Executive, held a major conference on local content in the oil and gas sector.

July 15—Stanbic Bank Uganda Chief Executive Patrick Mweheire has been elected as the new deputy Chairman at the Uganda Chamber of Mines and Petroleum (UCMP) in the latest selection of board members.

Mweheire replaces Richard Kaijuka. Kaijuka will now, according to a UCMP letter dated July 11 will head  the Board of Trustees where will he be deputized by Tullow PLC Country Manager, Jimmy Mugerwa.

UCMP is a not-for profit, non-governmental organization that represents the interests of the private sector in the mining and petroleum sector of Uganda.

Dr. Elly Karuhanga retained his position as the chairman of the chamber on a two-year contract which was renewed following an annual general meeting held on June 30th.Sam Thakkar of UHY Sam and Associates has been elected general secretary taking over from Paul Sherwen.

The role of the advisory committee, the statement from the Secretariat reads, is to help the new board members to oversee the general management and operation of the chamber. Adewale Feyame, the Total Country Manager is part of the nine-man council, which also has figures like Daniel Petterson from Hima Cement.

Karuhanga, promised to create a ‘Dream Team’ that will ensure the organization aspirations are met through skilling as many Ugandans as possible in all relevant and practical areas while ensuring all timelines are adhered to beat the 2020 target.