Central bank plays it safe to keep CBR at 9%

August 14, 2018—Taking a cautious stance after the recent rise of Annual Headline Inflation, the Bank […] 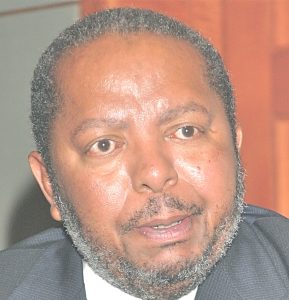 Mutebile said the continued weakening of the shilling against the US dollar and higher fuel  prices could cause a further hike in overall inflation.

August 14, 2018—Taking a cautious stance after the recent rise of Annual Headline Inflation, the Bank of Uganda monetary policy committee has decided leave the Central Bank Rate at 9 percent. Inflation rose from 2.2 percent in June to 3.1 percent during July.

Prof. Emmanuel Tumusiime Mutebile, the BoU Governor said on Monday, the Annual Core Inflation also rose from 0.8 percent in June to 2.5 percent in July 2018. However the annual food crops inflation remained subdued with a slight decline from 2.3 percent down to 2.0% during the same period.

“The weaker shilling exchange rate combined with higher oil price assumptions could result in a more elevated inflation trajectory. Food prices are projected to remain low in the forecast horizon and are not seen as a major risk to the inflation outlook, but this can quickly change depending on the weather conditions,”  Mutebile said.

Mutebile said keeping the benchmark rate at 9 percent is intended to stabalise commercial banks lending rates. The CBR is the reference point on which banks base their Prime Lending Rates (PLR), currently an average 21 pc. The CBR has been at 9 percent since early this year.

In spite of the present challenges, the Governor cited Uganda’s economic growth which continues to strengthen after  slowdown in 2016 and much of 2017.

“The real Gross Domestic Product (GDP) growth for FY 2017/18 is estimated at 5.8 percent compared to 3.9 percent in FY 2016/17. Economic growth is projected to strengthen further in FY 2018/19 to 6 percent and to an average of about 6.3 percent over the medium-term supported by public infrastructure investments, improving agricultural productivity, recovery in Foreign Direct Investment (FDI), and strengthening private sector credit (PSC) growth partly as a consequence of the monetary policy easing,” he said

Inflation is forecast to continue rising in the range of 6 percent to 7 percent in the second half of FY 2018/19 but will stabilize around the medium-term target of 5 percent by end of 2019.

The Central Bank has over the years done a leading role in maintaining a neutral monetary policy stance so as to keep inflation relatively close to a 5% target, which is projected to contribute to attaining the country’s sustainable economic growth