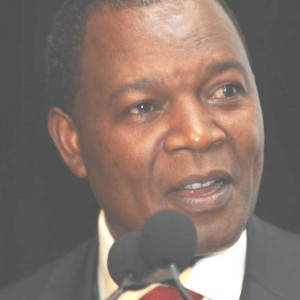 Prof. Ndung’u said the first casualty of a capped interest rate regime has been Kenyans’ SMEs.

July 19—Those with thoughts that Uganda should follow Kenya by imposing  interest rates caps on commercial bank lending should think again.

Professor Njuguna Ndung’u, a former Central Bank of Kenya (CBK) Governor between 2007 and 2015 said, during the first quarter of 2017, private sector lending in Kenya was down to less than 3%. This is the lowest since 2005 compared with the average 19% annually recorded until April 2017.

Last year, President Uhuru Kenyatta, signed into law provisions that imposed limits on how much banks can price their loans. Interest rates were capped at 4% above the Central Bank Benchmark Rate. Prof. Ndung’u said the first casualty has been owners of Small and Medium Enterprises (SMEs).

Giving the keynote speech at the inaugural Uganda Bankers Association Conference, Prof. Ndung’u said, “These caps came in because people were saying the banks are robbing us. This was wrong and was not true. But the politicians put on pressure that led to the caps. Kenya is now on a low credit growth track.  Just before I came here a friend called me saying the private sector credit growth is actually 2.1%.”

The Kenyan senior economist and academician, who spoke on ‘The future of banking in the East African Community’, but made mention of the interest caps issue after Prof. Emmanuel Tumusiime Mutebile, the Bank of Uganda Governor devoted parts of his own comments on the same issue. During 2016, when Uganda’s interests were relatively very high, suggestions were made to take steps similar to Kenya by ignoring market forces and putting a ceiling to lending rates.

Prof. Mutebile said Uganda banks already have the problem of high operating costs now running at 11% and way above international standards. He said if lending rates are capped below the banks’ operating costs then the banks will make losses on their loan portfolio and have to sack employees. “They may respond by stopping lending to those who carry the highest risk and also attempt to recover by increasing fees on banking services,” Prof. Mutebile said.

He reminded the audience, mainly of top bankers, that Uganda flirted with this situation in the 1970s and 1980s and the industry shrank. “Uganda cannot afford mistakes of the past that proved so ruinous to the economy and I cannot stress this strongly enough,” he said.

The latest Kenya Markit Stanbic Bank Purchasing Managers Index (which monitors business confidence in the country), remains below the psychological 50.0 mark and there are growing calls in Kenya to review the whole interests rates caps issue.