November 7, 2018—Capital expenditure (capex) spend in Africa experienced a 42 pc drop between 2014 and 2018, but is expected to more than double between now and 2030 according the 2018 Africa Oil and Gas Review published by financial services firm Pwc. 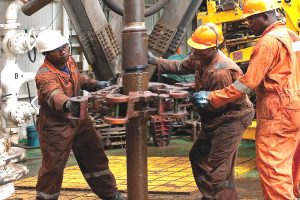 Between now and 2030, an estimated $857 billion is going to be spent for exploring and developing oil fields across Africa.

This was on the sidelines of the Africa Oil Week conference currently taking place in Johannesburg, South Africa. Pwc says six countries represent 65 pc of the overall expected spend with West Africa and North Africa driving the growth. Mozambique represents an 8 percent share in the total cumulative spend of $857 billion between now and 2030.

According to the International Energy Agency, global demand has remained fairly stable, and oil inventory levels in developed countries have been drawn down recently, supporting a view that we are heading towards a potential supply crunch in the 2020s.

The review states, ‘A supply crunch will likely keep prices high and ensure a market for Africa’s oil and gas. This is an opportunity for producing African countries to maximise returns while keeping the focus on cost management. It also provides investment justification for new oil and gas plays on the continent. African countries should invest these returns wisely into the diversification of their economies’

The IEA and various players in the oil industry have warned of demand exceeding supply as oil demand continues to grow and investment in projects is deferred.

Global oil production in 2017 picked up slightly by 0.7 percent compared to 2016. This follows concessions by OPEC to allow for a recovery to previous levels and mitigate against the negative impact on certain African economies. Africa stands above average with an oil production growth of 5%, driven by Libya doubling its production.

Oil supply growth globally has declined for various reasons, including the slow rise in exploration spending, decline in new discoveries as well as supply disruptions due to geopolitical issues and deferred maintenance in an attempt to cut costs.