November 1, 2018—Rwanda is the one of the easiest countries in the world to do business […]

November 1, 2018—Rwanda is the one of the easiest countries in the world to do business while neighbouring Uganda is at the other end of the scale. 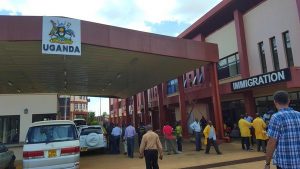 The latest survey favourably cites Uganda on the electronic documentation at Malaba One Stop Border Post.

Rwanda tops Kenya, the East African Community’s (EAC) biggest economy, but the rest of the countries in the region retain various barriers that keep them in the lower rankings of the 2019 Ease of Doing Business survey.

Uganda in particular is not faring well in tackling factors that will improve the regulatory environment for business, which  is the basis of the survey. The more reforms undertaken in a given year, the higher a country’s subsequent ranking. One source told 256BN, Uganda’s progress in recent years has been due to a lack of consistency on the part of government regulatory policy.

“It is far from being a level playing field. This is most felt when you factor in competition with people who have contacts with other people in high places,” he said.

World Bank Group President Jim Yong Kim said on Wednesday.“Governments have the enormous task of fostering an environment where entrepreneurs and small and medium enterprises can thrive. Sound and efficient business regulations are critical for entrepreneurship and a thriving private sector. Without them, we have no chance to end extreme poverty and boost shared prosperity around the world.”

New Zealand tops the list while Somalis anchors the bottom. On the other hand, Uganda out-performs such heavyweights as Nigeria (146th) and Ethiopia (159th).

A high ease of doing business ranking means the regulatory environment is more conducive to the starting and operation of a local firm.

During the past three years, Uganda has been sliding downwards while Kenya and Rwanda have been rising up the rankings. In 2016, Uganda held 115th spot, but in 2017 it slipped down to 122nd. While Kenya has gone up six places during the past year, Uganda has dropped by five and Rwanda has catapulted 12 places, beating out such countries as Holland, Switzerland, Japan and China. Tanzania fell by 15 places.

Now lying in the lower third of the rankings, Uganda is cited for reducing the time for export documentary compliance and border compliance by allowing for electronic document submission and processing of certificates of origin and by further developing the Malaba One-Stop Border Post.

A notable reform in Rwanda has been the easier enforcement of contracts by  making judgments rendered at all levels in commercial cases available to the general public on the judiciary’s website. Rwanda has also made registering property easier by implementing online services to facilitate the registration of property transfers.

Kenya has made starting a business easier by merging the procedures required to operate formally. It has also improved the reliability of electricity by investing in its distribution lines and transformers and by setting up a specialized squad to restore power when outages occur.