May 26–East African Community (EAC) states will meet in Bujumbura, Burundi, between June 8 and 9 […] 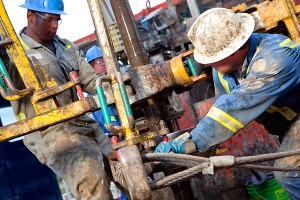 Global oil and gas companies slashed capital expenditure by 40% between 2014 and 2016.

May 26–East African Community (EAC) states will meet in Bujumbura, Burundi, between June 8 and 9 to brainstorm how to speed up investment in the regional oil and gas sector.

This comes as depressed prices have forced major international energy companies to scale back spending on developing new discoveries.

South Sudan is an oil producer, while Kenya, Tanzania and Uganda are on the verge of commercializing their oil and gas fields.

The three-day EAPCE’17 conference with the theme, ‘East Africa – An Emerging Hotspot for Oil and Gas Exploration, Infrastructure Development and Commercialization’ will bring together top players in sector as well as policy and decision makers from the region. President Pierre Nkurunziza is scheduled to get the event officially underway.

Participants are expected to discuss the potential that lies within the region while also sharing updates of the sector in each Partner State. Amb. Libérat Mfumukeko, the EAC Secretary General, said the conference will provide unique networking opportunities with government, private sector, regional organizations, academia, technology developers, investors and civil society.

He said, “Recent discoveries of oil and gas in Kenya, Uganda and Tanzania in addition to the existing oil industry in South Sudan have positioned East Africa as the world’s most promising frontier for petroleum exploration and development.”

According to PwC, the financial services consultancy, the oil price collapse, which began in June 2014, triggered a wave of cost reduction among upstream businesses. Global oil and gas companies slashed capital expenditures by about 40% between 2014 and 2016.

A decision by the Organization of the Petroleum Exporting Countries (OPEC) to cut production to nudge prices up is only having marginal success.

Prices continue to see-saw, presently at $49 a barrel, down from $53 in early May, but up from $48 in March.  These prices are a stark contrast to $115 a barrel seen during 2011 when exploration in East Africa was reaching its peak.

“Seventy dollars is a price that would encourage oil companies to think about spending again, but even then with the present glut in the market, the risk of playing your hand too soon is substantial,” an oil marketer told 256BN.

Earlier this month,  Mahesh Radhakrishnan the Energy and Environment Industry Analyst for market research firm, Frost &amp; Sullivan said, “Even though oil prices started to increase toward the end of 2016 and early 2017, this situation is likely to reverse if more production cuts are not agreed upon by both OPEC and non-OPEC producers.  A double dip in oil price can lead to further drop in investments, which could impair the economic ecosystem globally.”

EAPCE’17 will involve talks on exploration and development in the East African Rift and Coastal Basins as well as Deep water and Inland Basins; commercialization of discovered oil and gas resources from field development, reservoir management and data management.

Amb. Mfumukeko said the EAC Partner States will share their policy, legal and regulatory frameworks and other initiatives aimed at continually improving the enabling environment in the sector.

The conference programme also integrates field excursions to selected sites in each Partner State for participants to see the rich geological variety that the region possesses as well as the touristic attractions that the region is well known for.