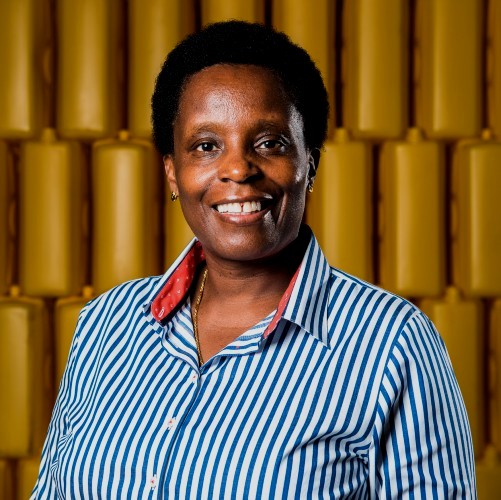 Mulwana said the budget could have done better for manufacturers and given more enablers.

Some of the national budget proposals for 2021/22 have been met by disappointment, notably the slow […]

Some of the national budget proposals for 2021/22 have been met by disappointment, notably the slow recapitalization of the Uganda Development Bank Limited (UDBL) even as government insists a quick recovery from the impact of the Covid-19 pandemic will depend on the private sector. The government-owned bank offers loans at concessionary terms below the average going market rates.

On Thursday, Amos Lugoloobi, the in-coming Minister of State for Finance in-charge of Planning, read out the budget speech with Human Capital Development, Governance and Security, and transport/ infrastructure collectively taking up just over a third of the UGX 44 trillion (about $12.4 billion) planned expenditure.

Domestically, the government hopes to raise UGX 22.4 trillion in taxes during 2021/22, but expectations are Uganda Revenue Authority will fail to collect the targeted UGX 20 trillion projected for 2020/21 by the end of June. In 2020/21, the economy grew by 3.3 percent, up from three percent the previous, but substantially down from the recent highs of six percent.

Speaking during the EY Post Budget 2021/22 webinar this morning, Barbara Mulwana, current Chair at the Uganda Manufacturers Association said although UMA had engaged the government about their most pressing concerns in the pre-budget process, some key issues notably financing had not been adequately addressed. She said everyone is hurting and government should try and not add on to that pain.

In this speech Lugoloobi said, “Uganda Development Bank has been allocated UGX 103 billion for the next financial year, this will be in addition to UGX 558 billion dispersed in this current financial year. This is basically for lending to small and medium enterprises affected by Covid-19.”

Mulwana said, “UDB was only allocated UGX 103 billion. That means many of our members will not be able to access these funds and on top of that, we will also be competing with government for other available credit. Down the chain, smaller companies may not get any financing at all.” Mulwana is the Executive Director of Nice House of Plastics.

EY, an international financial services and consultancy firm, has been holding post-budget discussions for several years now, but the pandemic has meant adoption of virtual interactions. The session was moderated by Muhammed Ssempijja, EY Uganda Country Leader.

Mulwana said, “In my view, manufacturing was allocated little money and yet we are the ones providing jobs, involved with import substitution. All government priorities, but concerning the budget, we could have done better for manufacturers and given more enablers.  I believe the independence of a country is best seen by the extent its goods and services are locally sourced. Covid-19 has shown us this.”

Lugoloobi told Parliament, “The key to rapid socio-economic transformation in Uganda, rests on industrialisation mainly based on agriculture, boosting private sector business, and ensuring the wellbeing of Ugandans together with the development of their skills for productive work. The budget for the next financial year 2021/22, is therefore premised on the theme ‘Industrialisation for Inclusive Growth, Employment and Wealth Creation’.

Mulwana wondered out aloud how increasing the prices of inputs can boost private sector business. “The tax on plastic raw materials is puzzling for industries that are trying to grow. Amidst Covid-19, this is not the time to add new taxes, but to help manufacturers. We appreciate URA wanting to create a spirit of doing business better by use of the digital tax stamps, but we would have also wanted the government to have paid for the process.”

As key partners with the government in responding to the negative impact of the pandemic on the economy, Mulwana said industry and manufacturing deserved more government support with policies that eased production and spurred growth. She welcomed plans to reduce the electricity rate for industrial users to five cents a unit. However Mulwana also cited the need for an export guarantee scheme to mitigate the risk of selling goods outside Uganda. She said this will encourage manufacturers to explore regional markets by de-risking exports.

The UMA chair also suggested that the September 30 deadline for debtors to re-negotiate their pending loans with commercial banks be extended by a year since Covid-19 was still prevalent and the country was going in a partial lockdown. Mulwana added that this provision should not apply to those who took out loans before April 1st 2021, but all companies in similar straits as a direct result of the pandemic.

She said an alternative for raising financing, is the issuing of corporate bonds, but this can only be possible if the present provisions for capital gains tax are reviewed.

Mulwana said it is important for government to allocate resources to areas or sectors that will create the most sustainable impact in the economy, and gave electricity as a good example.