July 24—The multi-million dollar Youth Livelihood Programme (YLP), intended by the government to help unemployed young people set up small projects to earn some income, has been compromised by officials demanding for bribes before applications are processed. Another scheme for the benefit of women groups is also facing similar problems. 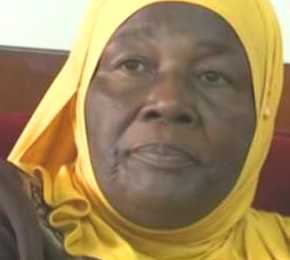 Mukwaya said the two schemes are undergoing an overhaul to ensure that the corruption is eliminated and beneficiaries no longer suffer.

In a recent report compiled by the Ministry of Gender, Labour and Social Development (MGLSD), numerous cases have emerged of district officials even selling the application forms.

During a news conference last week, Hajati Janat Mukwaya, the Minister, said both programmes are riddled with corruption to such an extent that officials are denying beneficiaries full payment and pocketing the rest.  In several cases, some applicants have been forced to submit unnecessary paperwork to allow more opportunity for graft.

Mukwaya said, “In Kotido (northern Uganda), we found out that the district officers were charging each group UGX 500,000 ($140) shillings to help them make a group constitution which is not a requirement that we had put in place for one to access loans. As long each member had an ID and was a known member of that community; that was enough. In Nakaseke (central Uganda), groups were charged UGX50,000 shillings (nearly $14) to receive forms and yet there are completely free,” the Minister said.

Brenda Malinga, the National Programme Coordinator Uganda Women Entrepreneurship Programme said, some women and youth groups in different areas of the country are willingly paying bribes so that they do not miss out on these loans.

She said, ‘’In Abim (northern Uganda) we found out that some groups were willingly offering  bribes to officers. I strongly discourage this. This is a rotating fund, if a group does not get, it can wait for another year. There is no need to spend money in bribing officers because they are not the ones that decide.”

Malinga said, “In Nakasongola, a sub-county chief had refused to sign a women’s group’ form, because they refused to offer money. If something like this happens again, we want members to report to us and we shall dismiss the officer from his job or arrest them for crippling government programs.”

In reference to the youth fund, James Tumwebazi, the YLP Director said in some areas there were instances where a group was totally denied access to money and yet applications had been approved.

He said, “In Karungi sub country, two youth groups like the Hope for the Future and Brick by Brick youth group had totally been denied access to their money until we intervened. All these challenges will be reviewed and permanent solutions put in place.”

Excluding village leaders to verify applications was also found to be a mistake and explained the many cases of ‘fake’ groups. “In this financial year, we want local leaders to be included. Group members will have to be verified by local leaders. In addition to this, there was mis-coordination between district leaders and sub-county and village leaders. We hope all these challenges will be reviewed when we do the yearly review in September this year,” the Minister said.

For youth groups, there is a problem of members deserting the groups, especially girls who go off to get married as well as others who go to work in other areas. Mukwaya said they were considering small groups of five members instead of 10 for easy monitoring.