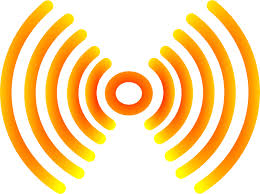 KIGALI, APRIL 26 – Rwandan broadcasters have challenged the validity of audience measurement surveys by regional research firms Ipsos and Geopoll citing incidents in which the firm’s pollsters asked for bribes in exchange for favourable rankings.

Speaking during a meeting called by sector regulator the Rwanda Utilities Regulatory Authority to review proposed amendments to broadcast law, several broadcasters complained about the unfavourable rankings they had been assigned after they declined to bribe pollsters.

One broadcaster confessed he had been asked for $6000 to get a high rating. Oher broadcasters corroborated his account.

“It is obvious that there is something that does not meet the eye here. How do you explain a community radio with one transmitter getting a higher audience score than one with a national footprint?” wondered one broadcaster.

The demand for bribes was attributed to pollsters working for Geopoll.

Ipsos was faulted for asking participating broadcasters to contribute $1500 to the cost of the surveys. Broadcasters said this could work against those broadcasters that were unable to raise the money.

The industry asked the regulator to streamline market research for credible results.

“It makes our life very difficult because advertisers, unaware of the underhand games that go on, trust the surveys put out these firms even when they are manipulated. We need more credible research,” another broadcaster said.

The allegations are likely to make more contentious the results from an already complicated audience survey business.