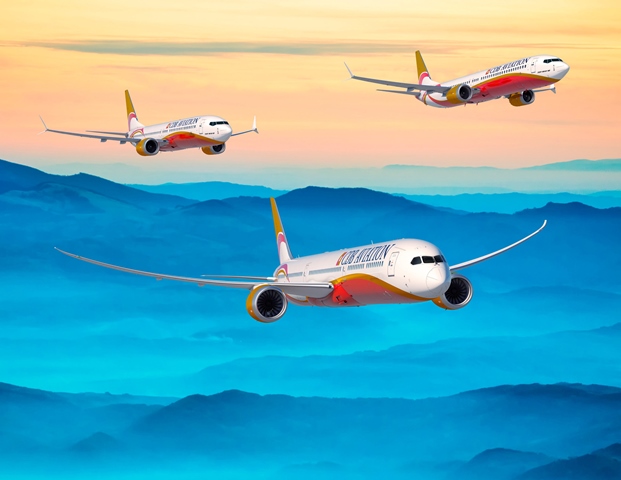 A rebounding African air transport industry will need 19,000 new pilots and 24,000 cabin crew between now and 2040 Boeing says in its new  forecast for the region.

US airframer Boeing sees a bright future for Africa’s aviation sector, projecting demand for 1030 new aircraft, worth USD160 billion over the next two decades.  The region’s commercial aircraft fleet is also projected to double in size from the current 740 to 1560 aircraft over the same period.

That growth will create demand for 63,000 new aviation professionals including 19,000 pilots, 24,000 cabin crew and 20,000 technicians as well as commercial services opportunities valued at $235 billion, Boeing said in its 2021 commercial market outlook for Africa, released this week.

Africa’s new aircraft acquisitions will be just under 2.4pc of the 43,610 new aircraft that the world’s airlines will buy over the next twenty years.

That demand for aircraft and related services will be driven by a growing middle class, a working population that is expected to surpass China’s and new initiatives to open up the continent’s trade and air transport markets; as well as sustained economic growth, projected at 3percent annually over the next 20 years. At 5.4pc annually, Africa will be the third fastest growing air transport market in the world. The number of middle-class households in the USD35,000 income bracket will grow ninety percent to about 9 million, Boeing says citing data by Oxford Economics.

Although they have gotten off to a sluggish start, initiatives such as the African Continental Free Trade Area (AfCFTA) and the Single African Air Transport Market SAATM, are expected to spur a surge in intra-African trade and travel. Growing at 6.5pc annually, most of the opportunity for African airlines will be within the continent. Intra-African travel is expected to reach 5.5million passengers annually in 2040, with the Eastern Africa-Southern Africa corridor alone accounting for 2.9 million of that number.

Combined with the poorly developed surface transport infrastructure and connectivity, air travel will form the backbone of intra-African passenger travel and freight movement as the continent integrates economically.

The working population is expected to double to 1.06 billion in 20 years’ time, propelling both economic growth and demand for air travel across the continent.

With a current fleet of 740 aircraft, Africa’s airlines will be adding new aircraft at a rate of 3.6percent per year, to accommodate passenger traffic projected to grow at 5.4 percent annually. Eight hundred and twenty of all new aircraft purchases will be for accommodating new growth in traffic while 20 percent will replace older aircraft in favour of new, more efficient types.

Single-aisle jets in the 100 to 200 seat category, will account for more than 70percent of new commercial aircraft deliveries. The continent will also purchase 250 (18 percent) new widebody aircraft to serve the long-haul intercontinental and cargo markets. Just under half – 740 of the new aircraft will be used to serve domestic and inter-regional routes. In addition, African carriers are estimated to need 250 new widebodies, including passenger and cargo models, to support long-haul routes and air freight growth.

Combined with commercial services opportunities across the value chain valued at $235 billion and new aircraft deliveries, Africa’s commercial aviation market opportunity will be just under $400 billion over the forecast period.