April 3, 2017 in Communications by Editor 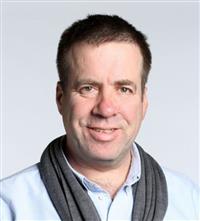 Titherington said the segment is for those eager to stay up to speed on the latest news.

“BBC Minute will deliver impartial news coverage to young Ugandans who are curious about the world and eager to stay up to speed on the latest breaking news, sport and entertainment,” Stephen Titherington, Senior Commissioning Editor of BBC World Service English said.

Every day on a 24-hour basis, BBC Minute offers 60 seconds of news twice every hour crafted to suit young people by way of three selected stations, King FM in Gulu, Victoria in Jinja and XFM in Kampala. Ugandans have been promised a style that is entertaining, but also informative and educative.

BBC World Service say they are keen to target younger audiences.  ‘We’re always looking at ways to make sure we stay relevant.  We know that younger audiences are curious about the world around them, and BBC Minute is a great way to reach new audiences who want to keep up to speed on what’s happening across the globe,’

On a weekly basis, nearly 250 million people tune in to BBC World Service news content delivered in English and 28 other language services on radio, television and digital platforms. Two years ago, after facing a spell of budget cuts, BBC World Service was given just over $300 million over four years to strengthen its global presence.

This morning a BBC team was scheduled to launch the first broadcast at XFM, a subsidiary of the Vision Group media company, before moving on to Makerere University later in the day.

In Kampala for the launch are presenter, Debula Kemoli and Chris Gibson, the Assistant Editor. Other team members are presenters, Priyanka Deladia, Sophie Bauckham and Tom Kavanagh.

Running alongside, Minute One, is BBC Minute On another 60 second programme focusing on a single subject and which spotlights stories that matter most to young people.

Titherington said, “With the new BBC Minute One, we’ll be able to offer these listeners additional information on the key story of the day and explore other themes or subjects that reflect the world around us.”