August 22— Fierce jockeying among interested companies is raising more anticipation than usual about the pending Electricity Regulatory Authority (ERA) public hearings for applications to generate power from the excess gas that will accompany crude oil drilling in western Uganda. 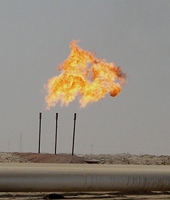 Technically known as ‘associated gas’ it can be used to drive turbines and generate electricity.

Government wants full-scale oil production to begin by 2020. The prize is an opportunity to set up gas-based thermal power plants and selling electricity to the Uganda Electricity Transmission Company Limited (UETCL) who run the national grid.

Uganda has an estimated 6.5 billion barrels of crude oil, of which 2.2 billion is recoverable for commercial purposes. Technically known as  ‘associated gas’  or  ‘Associated Petroleum Gas (APG)’  this gas can be used to drive turbines and generate electricity.

No dates for the hearings have been announced. However, critics point out that the situation has not been helped by suspicions that the oil companies Total E&P Uganda and China National Off-shore Oil Corporation (CNOOC) Limited are being favoured over the thermal companies such as Electromaxx and Jacobsen. Total E&P has already lodged an application which has caused the thermal companies to seek government clarification.

This is because no applications were supposed to be considered until an energy ministry study on the whole issue had been discussed and published. According to sources, after this study is completed then through competitive bidding, an appropriate developer would be selected. As of now, nothing is known about the fate of this study and hence concerns about the process.

Until environmental considerations came to the fore, associated gas was flared and vented into the atmosphere or injected back into the crude reservoir. However, with increased demand of natural gas these days and calls for lower carbon dioxide emissions, E&P organizations make sure that they separate the associated gas from crude so that it can be used to power facilities or processed and sold to natural gas marketers.

Interest in this segment of the oil and gas sector has been long standing, but the government declined to commit itself and instead chose the option of undertaking a study.  Consequently, two years ago, the Ministry of Energy and Mineral Development advised ERA to announce a moratorium on any applications for gas-based thermal plants.

‘ERA shall not receive any applications submitted in accordance with Section 29 of the Electricity Act, 1999 for prospected development of thermal power plants that intend to utilize crude oil and associated gas from the Albertine Graben region, until such a time when the Ministry of Energy and Mineral Development advises ERA otherwise,” reads part of the Ministry notice.

The question being asked now is when was the advice given to allow Total E&P and CNOOC to jump the gun and why were other interested parties not informed? These parties, including Jacobsen and Electromaxx, had been told in a Policy Direction document gazetted on May 5, 2017 by the energy ministry through ERA, that issuing of permits and licenses can only happen after 2020.

Secondly, oil companies should only look into possibilities of generating power for their own use and not onward sale to the National Grid. Yet on May 25, 2017, Total E&P applied for a license to set up a 146MW plant for own use and selling the surplus to UETCL. This is where the controversy lies, because critics say it raises questions about the emergence of a monopoly and inflated pricing opportunities in the way the power will be sold to UETCL.

“ERA should not allow the oil companies to monopolize the power sector at the expense of the Ugandan consumer. It must enforce the moratorium and implement the Policy Directive,” a source close to one of the thermal power companies told 256BN.

According to latest media reports, ERA says nothing has been decided and a spokesperson for the energy ministry adds that there is no reason to panic, but the thermal power companies say Total E&P has already been given an early advantage and there still no word about that Ministry of Energy and Mineral Development study.