April 16, 2018—Mckinsey, the international business consultancy and research group, has offered commercial banks five options if they are to hold on and gain from the mobile financial services (MFS) market that is currently generating just over $2 billion in Africa alone. 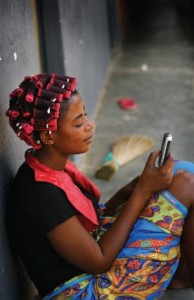 In Africa today, there are some 100 million active mobile money accounts used by one in every 10 adults.

In a report ‘ titled Mobile Financial Services in Africa; Winning the battle for the Customer, ’Mckinsey states, ‘While banks are doing a reasonable job of defending their share of banking revenues, the battle for the mobile financial services customer is on. To strengthen their position in MFS, banks should weigh their options and devise a plan that fits with their multi-channel strategy for delivering consumer and commercial services. Banks can choose one of five approaches’.

Giving some background, the report says that MTN Group, the largest telecom in Africa, has 171 million customers, whereas leading pan-African banks  like Ecobank, Standard Bank Group and Barclays Africa typically have between 11 million and 15 million customers. As of  the year ending March 2017, M-Pesa generated $548 million in revenues from MFS while MTN Mobile Money reported $200 million.

Mckinsey says there are two primary drivers of telcoms’ vastly superior client numbers. First, mobile phone penetration across Africa is on average 80 pc, twice the rate of banking penetration. In addition, telcoms is a much more concentrated industry than banking. The top five telcom firms in Africa have 60pc of all customers in Africa, versus 22pc for the top five banks in Africa. 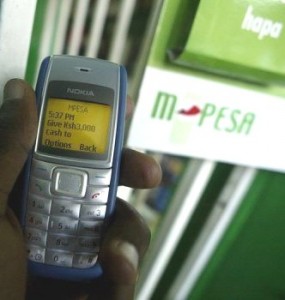 Simplicity has won market share for M-Pesa because it takes only three inputs and six clicks to send funds on any type of handset.

Finally, a number of telcom firms have managed to develop a superior client experience early in the evolution of mobile financial services in Africa. M-Pesa’s client experience is remarkably simple: it takes only three inputs and six clicks to send funds, on any type of handset. Registration is straightforward; merchant acceptance is widespread, and there are no transaction fees on bill payments.

McKinsey has been providing strategic advice to corporations and other organisations around the world since 1926, when James O. McKinsey, a University of Chicago professor, opened a consulting office in Chicago. Mitsu Chironga, Hilary De Grandis and Yassir Zouaoui the authors of this report offer the following five options;

Go it alone. McKinsey’s Finalta benchmark indicates that banks in a number of emerging markets are building strong momentum in digital financial services (including MFS). For example, banks in India achieve 25 pc of core product sales through digital channels, and banks in Turkey achieve 18 pc.

A leading Indian bank captured 30 pc of sales through digital channels, which sets a high bar for banks in Africa. Garanti Bank’s iGaranti—a mobile-based set of financial services centered on an engaging app—is the type of initiative that can propel banks in this direction.

Build a digital bank. A digital bank is defined here as a bank that predominantly uses mobile devices and the internet to offer banking services and has relatively limited branch distribution. Examples of digital banks have emerged around the world, including in China, Eastern Europe, Turkey, and Africa.

For example, Airbank captured four percent of transactional market share within three years of opening in the Czech Republic. mBank in Poland has four million clients. McKinsey research shows that digital banks can have cost/income ratios that are 10 pc to 30 pc lower than that of their peer banks in a given market. Since digital banks tend to have compelling client value propositions centered on simplicity and price transparency, this is an attractive option for banks looking to counter mobile money disruption.

Partner with a fintech. Fintechs in Africa have launched a number of mobile-first solutions that are building momentum. For example, BIMA offers mobile-based insurance services in four African countries and has approximately two million active clients. Paga’s mobile payments offering has six million registered clients in Nigeria. Jumo is using telco data to underwrite credit for clients across Africa.

Partner with a non-telco, for example, African e-commerce business, tech company. In China, a number of ecosystems provide mobile financial services to hundreds of millions of customers. For example, Alipay has more than 800 million registered accounts for merchants using the Alibaba e-commerce platform.

Alibaba is now a significant provider of SME financing in China thanks to the data on merchant transactions available on the platform. As another example, WeBank, an offshoot of Tencent’s WeChat, is using customer data on social media activity and contacts to help underwrite credit. Standard Bank has partnered with WeChat in South Africa to launch WeChat Wallet, enabling WeChat South Africa’s five million users to send and receive money and make payments.

According to the report, each of these five options is a viable path for a bank. The choice depends on a variety of factors, including the bank’s starting position (for example, can the bank’s current systems be retooled or must they be replaced?), the available partnership options, and the bank’s track record in partnerships. The one path that is not viable is ‘business as usual’.

‘Mobile network opertor-led innovations have enhanced financial inclusion in Africa, and now it is time for banks to develop their own distinctive mobile and digital services with an eye to protecting their leading role not only in payments and deposits, but across the full spectrum of financial services as well’, the report states.