Banks cautioned on risks in lending to fake importers

September 28, 2018—Financial institutions in Uganda have been cautioned about extending trade finance facilities to business […] 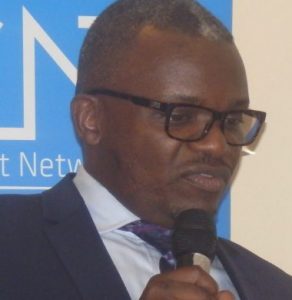 Muwema said banks face the risk of ending up with bad loans if inadequate verification is not carried out for trade finance loans.

September 28, 2018—Financial institutions in Uganda have been cautioned about extending trade finance facilities to business people who knowingly import counterfeit goods that are liable to be confiscated resulting in losses for the lender.

“Big counterfeit dealers receive credit from banks just like genuine dealers. There is a big risk in case the counterfeit goods are impounded and banks cannot retrieve their money which may increase the rate of bad loans. Apart from that, counterfeit businesses kill the genuine businesses who would be bigger customers for the financial institutions,” Fred Muwema, Head of Legal and Public Affairs at the Anti-Counterfeit Network (ACN) branch in Uganda said during a Financial Sector Dialogue this week in Kampala.

The ACN is a private sector organization which aims to bridge the intervention gaps between the multiple stakeholders that effect and are affected by counterfeit and parallel importation.

Muwema advised banks to always do background checks on their customers to know the details of their businesses and verify these operations in order to access credit. The Dialogue was organized by ACN in partnership with the Uganda Bankers Association. Discussions centred around finding solutions towards elimination of counterfeit goods in the country and what role banks can play.

According to the Uganda National Bureau Standards (UNBS), 50 pc of all goods in the domestic market are counterfeit and the situation could get worse. According to the Economic Policy Research Centre based at Makerere University, counterfeiting and the proliferation of cheap substandard products on the market is a major constraint to business growth and competitiveness. UNBS is also often hamstrung by insufficient resources to combat the trade in illicit goods.

Data from the Business Climate Surveys at the EPRC indicate that substandard products have overtaken transport infrastructure and access to finance as the leading challenges that Ugandan businesses have had to deal with over the last two years. In 2014, for example, close to 40 pc of Ugandan businesses felt that they suffered – albeit with varying degrees – due to unfair competition from counterfeiting and cheap substandard products.

Musa Mayanja Lwanga, Head of Research at UBA, said counterfeit goods can also adversely effects banks. He said, “Counterfeits can come in terms of software that are sold to banks. Because of advancement in technology and emergence of digital banking services, banks find it hard to physically verify their customers, however it is the responsibility of banks to sensitive their customers about counterfeits and how to avoid dealing with counterfeiters.”