KAMPALA, APRIL 8 – The Bank of Uganda will be looking for new ways of fulfilling […] 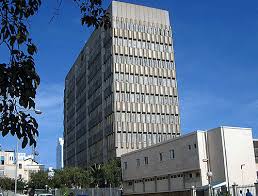 KAMPALA, APRIL 8 – The Bank of Uganda will be looking for new ways of fulfilling its mandate in an increasingly digitized world as it crosses the threshold to enter the next fifty years of service to the Ugandan public.

Founded a half a century ago, the central banker says it will be using its golden jubilee anniversary that falls in August to pitch its role in the economy to the general public and position itself to wider audience.

Speaking during an event to launch the celebrations that will climax with a ‘Jubilee’ edition of the annual Joseph Mubiru Memorial Lecture, Bank of Uganda Governor Prof. Emmanuel Tumusiime Mutebile said the celebrations which will run under the theme “Promoting Financial Stability” were a significant milestone for the country given that the central bank “is a symbol of national economic sovereignty.”

Seen by some as a harbinger of the break-up of the East African Community that would follow a decade later, the Bank of Uganda replaced the colonial era East African Currency Board, the Bank of Uganda was established on August 15, 1966, as the economic policies of the original three EAC partners states – Kenya, Tanzania and Uganda drifted apart, with each choosing to pursue an independent monetary policy.

The partner states also launched separate currencies as tension mounted between socialist leaning Tanzania and Uganda on one hand and fiercely capitalist Kenya on the other.

Governor Mutebile says the bank has played a crucial role in restoring macroeconomic stability since the 1990s, rectifying financial distress, strengthening bank regulation and supervision, modernizing its monetary policy framework and pioneering economic reforms that have sustained the economy for the last 25 years.

Mutebile adds that as information technology brings transformation to the financial sector, the bank will ensure that the introduction of new financial products and new ways of delivering them can be achieved in a manner that does not contradict the bank’s prudential objectives or cause unnecessary distress in the market.

While the new information age presents exciting possibilities, it is also fraught with inherent risk as Uganda’s central banker has learned after the institution became the target of multiple multi-million dollar wire fraud attempts, whose origins authorities are still investigating.

Susan Kanyemibwa the Bank of Uganda Secretary said besides documenting its history, the bank will also pay homage to founding staff as part of the 50th anniversary memorials.

Among activities lined up in the run-up to the August 16 climax will be the golden jubilee edition of the annual Joseph Mubiru Memorial lecture, exhibitions, publication of the Bank’s milestones, a national essay competition on savings for primary schools, a televised university challenge, charity walk to raise funds for maternal and child health and a tree planting campaign at all the Bank’s branches and currency centers in the country.