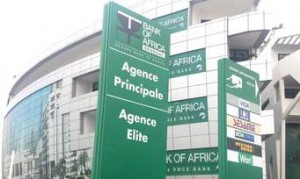 KAMPALA, DECEMBER 05 – African banking group Bank of Africa BoA will see its footprint on the continent spread to 17 countries when it opens its Rwandan operation on December 9.

Bank of Africa Rwanda which will operate as a subsidiary of Morocco’s BMCE Bank of Africa, received its commercial licence early October.

Founded in Mali in 1982, BoA, joins twelve incumbents in a competitive market with an addressable market of less than 5 million people.

The ban’s presence in Rwanda completes a loop in East Africa where it had operations in Burundi, Kenya, Tanzania and Uganda. With other operations in Djibouti, Ethiopia, Madagascar, as well as Benin, Burkina Faso, Cote d’Ivoire, Ghana, Mali, Niger, Togo and Senegal, the bank is one of two financial institutions in the region with a presence in both Anglo and francophone Africa.