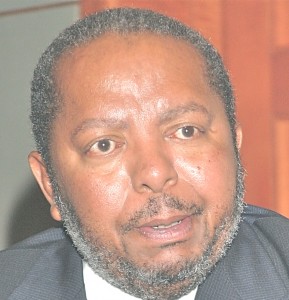 “Let us work together to build a strong, vibrant and sustainable private sector, increase choices and opportunity for income, employment and wealth. It is only through the private sector that industrialisation and job creation is going to be achieved,” Mutebile said during the inaugural  Professor Emmanuel Tumusiime Mutebile Centre for Excellence Business Dialogue(MCBD) organised by the Makerere University Private Sector Forum in partnership with Bank of Uganda.

He said the current economic problems facing Uganda will not come to an end soon if the population growth rate is not contained within reasonable levels.

At  just over 3%, Uganda’s population growth rate is the highest in the region.

According to the World Bank, Uganda has the fifth highest fertility rate in the world, with women having an average of 5.8 children in 2016. With GDP growth rate slowing below 4% during 2016/17, this means Uganda is almost standing still in terms of generating wealth for its people.

Mutebile said the private sector has been flourishing over the years and the economy growing stronger however the population growth rate continues to undermine the efforts of the government and other African countries to spread prosperity.

Mutebile said Uganda also has the challenge of limited sets of growth drivers in creating wealth and jobs. More than half of the population is below 30 years of age.

The dialogue was intended to bring together academia, private and public sector officials together and discuss a way forward on how the private sector can be empowered as the main economic growth driver for the African continent

Patrick Mweheire the Chief Executive of Stanbic Bank Uganda said during the panel discussion there is no way Uganda will eliminate unemployment if it continues to produce two million babies every year and yet it can only create 100,000 jobs in a year.

Dr.Maria Kiwanuka,  a former finance minister said what Uganda needed to do was to identify the economic strengths of each region so that specific investment and development policies can be formulated to help these regions increase production capacity in their specific commercial items.

She said there is also need to concentrate on skilling people in technical areas and give them initiatives so that they can engage in productive manufacturing hence creating jobs for themselves.

The Executive Director Nuha Mwesigwa, of the Makerere University Private Sector Forum said their Centre is working towards finding transformative and alternative solutions for the private sector in Uganda with a regional and global focus to create jobs and wealth in Uganda.  “This dialogue is going to create a basis for continued dialogue on what is needed to bridge the gap between the policies and real development,” he said.