July 6—An official from the Civil Aviation Authority (CAA) found themselves at the end of some tough questions concerning why the cold chain facility at the old airport is yet to be repaired despite an obvious need by exporters of fresh produce. 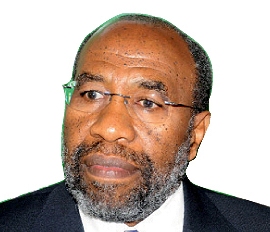 Prime Minister Rugunda directed the finance minister to set up a meeting and find a quick solution to the issue.

Dr. Ruhakana  Rugunda, the Prime Minister, together with Amelia Kyambadde, the trade minister and finance minister, Matia Kasaija, wondered why the CAA  doesn’t hand over the facility to the private sector.

Speaking during a policy coordination meeting this week, Kyambadde said numerous business people had complained to her over the issue saying that CAA had even refused a proposal by the private sector to finance the renovation of the facility based on the designs provided by CAA.

She said her own efforts to get clarity had been rebuffed. “We want to know where the issue is. If the private sector is offering to renovate the facility so that it can start working, why are you refusing to agree with them so that you just do the supervision part? Why should an issue take five years to be solved?” Kyambadde said.

Tom Davis Wasswa, Head of Marketing Commercials at the CAA said, they had met with the private sector and agreed to finish the facility before it can be handed to them.

“Renovation will start in September this year and end in February when it will be handed over to the private sector. We already made a budget of over UGX 1.3 billion and an announcement for the construction contract has been placed in the daily news papers,” Wasswa said

When queried why CAA declined to let the private sector take over the work, Wasswa could not give a direct answer. This prompted the Prime Minister to order Kasaija to call a meeting between the CAA and the private sector to come out with an immediate solution.

“You people, by insisting on doing the renovation yourselves when the private sector is willing to take it up, you are making us to suspect that you may be wanting to take a share of this money for your private use. I am asking the Minister of Finance to meet the concerned parties to come to an agreement in two weeks so that that export center can start functioning immediately,” Dr. Rugunda said.

CAA will also start construction on another cargo storage facility in August 2017 and work is expected to take four years.