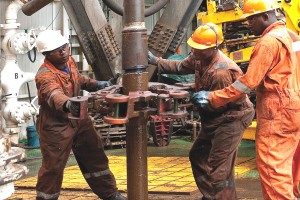 Confirmed deposits in Kenya range between 500,000 to 750,000 barrels, but with signs of plenty more crude including off-shore possibilities.

FEED comes before the start of EPC (Engineering, Procurement and Construction), and involves various studies to figure out technical issues and estimate rough investment costs. Confirmed deposits are in the range of between 500,000 and 750,000 barrels of crude, but experts the country has plenty more in addition to potential off-shore finds

“We are delighted to be awarded this contract and we look forward to developing our relationship with Tullow Oil and increasing our business in Kenya,” Andrew Wood, CEO of WorleyParsons said last week.

This is the second FEED contract the Australian firm has won from Tullow. According to a Tullow statement, their Kenyan investment requires the development of the Ngamia and Amosing fields to produce an estimated 60,000 barrels per day which will be in future be transported to Lamu along the coast, in a 900 kilometre export pipeline. Ugandan reserves are at an estimated 6.5 billion barrels of which a third is recoverable.

The Kenyan government has made it no secret of getting its oil onto the market by the end of this year in the early oil pilot scheme while Uganda is looking at another 18 months at the earliest.  WorleyParsons will also support Tullow Oil in the project delivery as part of an integrated project management team.