October 19, 2018—Manufacturing, trade and real estate were the leading borrowers during August according to Bank […]

October 19, 2018—Manufacturing, trade and real estate were the leading borrowers during August according to Bank of Uganda (BoU) figures against a backdrop of some of lowest commercial bank lending rates in 10 years.it was only early this month that BoU raised the benchmark Central Bank Rate by a 100 basis points to 10 percent. 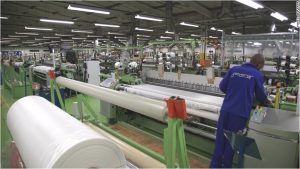 Manufacturers were the leading borrowers during August, but less than in previous months.

The total stock of outstanding private sector credit increased by 1.3 percent to UGX13,553.5 billion (about $3.5 million) in August 2018 from UGX13,379.0 billion in the previous month. Most of this expansion was recorded in the stock of foreign currency denominated credit which grew by 2.7 percent from the equivalent of UGX4,913.2 billion in July 2018 to UGX5,043.8 billion in August 2018.

The stock of shilling denominated credit also expanded by 0.5 percent during the month from UGX 8,465.8 billion in July 2018 to UGX8,509.7 billion in August 2018. Lending institutions disbursed credit worth UGX1,045.1 billion to the private sector in August 2018 which partly accounts for the growth in the stock of outstanding private sector credit.

There was increased demand for credit by the private sector when compared with the previous month as value of loans applied for increased by 50.9 pc although only 56.1 pc of this was approved.

In terms of sectoral shares, trade and the real sstate sectors hold the biggest share of the stock outstanding private sector credit at 20 pc each, followed by personal and household loans at 18 pc, manufacturing, agriculture and others follow.