May 12, 2017 in Business, Financial Services by Editor 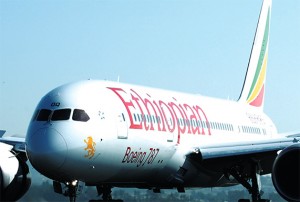 May 12—The Nairobi-based African Trade Insurance Agency (ATI) has proven to be a key partner for businesses to acquire vital assets including new equipment for Ethiopian Airlines and Rwandair by covering the political risk.

ATI insured $4 billion worth of trade and investments into its African member countries while backing strategic projects such as the $159 million loan from the African Development Bank to support Ethiopian Airline’s fleet expansion. Rwandair’s rapid rise, first as a regional carrier and now an international one, is also partly due to ATI assistance.

ATI is a multilateral investment insurer that was formed by COMESA member countries with the support of the World Bank in 2001. As of 2016, ATI has cumulatively supported $25 billion worth of trade and investments across Africa.

Recently at the 17th ATI Annual General Meeting, Kenya’s finance minister, Henry Rotich highlighted how his country has benefited. In 2016, ATI facilitated financing of trade and investments in Kenya valued at close to $800 million which represents around 1.2% of Kenya’s GDP.

Rotich said, “This is a very significant contribution to our economy. It demonstrates real benefit because these financial flows could not have been realized without the support of ATI.”

Similarly, in ATI’s two newest member countries, Ethiopia and Zimbabwe, the company supported $400 million worth to trade and investment to these economies.

During the AGM participants agreed that African governments need to intently focus on growing intra-African trade and diversify their economies away from commodity reliance in order to reduce vulnerability to external shocks. With sub-Saharan Africa’s GDP growth rates expected to hit a record low of 1.5% depressed commodity rates are seen to be one of the major drivers with export producers accounting for two-thirds of the region’s growth.

The pan-African investment and credit risk insurer posted record results for the sixth consecutive year. ATI has moved from being loss-making as recently as 2011 to posting a positive net result representing a 36% increase over 2015.  Among other factors, ATI attributes this success to stronger partnerships with African governments, who increasingly see the value of ATI to their growth and development objectives.