October 23, 2018—During August, nearly half of Uganda’s total imports came from Asia according to Bank […] 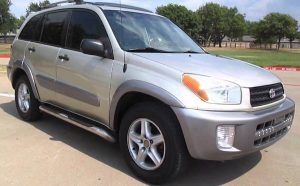 Some 80 pc of Uganda’s imported vehicles are Japanese-made, but Chinese products dominate most segments of the local market.

October 23, 2018—During August, nearly half of Uganda’s total imports came from Asia according to Bank of Uganda (BoU) figures, further confirming the popularity of Chinese, Indian and Japanese products in the local market.

Based on foreign exchange movements, BoU reports that Asia was the largest source of merchandise taking up 46 pc. No break down is given, but putting outside the 25 pc for refined fuel imports, Uganda’s shopping list abroad is mostly composed of vehicles, pharmaceuticals, capital goods, spares and a variety of cheap consumer products and a host of used items favoured by small traders.

On the other hand, at 89 pc, Kenya and Tanzania continued to contribute the biggest share of merchandise imported from East African Community. Middle East and the European Union contributed 16 pc and 15 pc respectively, making them the second and third largest sources of imports.

However, trade with China may even supersede other sources as Mauritius positions itself to become a major warehouse for Chinese goods heading for mainland Africa.

Consultancy firm, Fitch Solutions, said early this week, Mauritius is close to concluding a full free trade agreement (FTA) with China at the time of writing – Africa’s first formal FTA with China – and has expressed an interest in becoming a trans-shipment and financial hub on China’s Maritime Silk Road trade route.

Fitch Solutions said, ‘China is already a major investor in Mauritius and we expect that the Port Louis port facilities – currently under expansion – will be a well-placed trans-shipment hub for Chinese exports to Africa. Mauritius has already agreed a formal trade agreement with three African trade blocs (Common Market for Eastern and Southern Africa, Southern African Development Community and the East African Community) in 2017, covering much of the continent. In conjunction with Mauritius’ geographical position and its prospective free trade agreement with China, will boost the transport and storage sectors’.