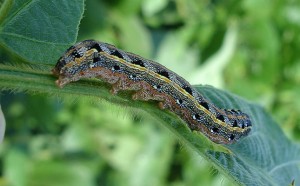 The situation is fluid, but Zimbabwe has already confirmed the presence while other countries are expected to release test results soon.

March 7–Farmers in East Africa are being put on alert for the possibility of an army worm attack coming from southern Africa in the months ahead. Planting has recently got underway across several regions of Uganda with the onset of the short rains.

David Phiri, the Food and Agricultural Organisation ( FAO) Sub-Regional Coordinator  for Southern Africa said in a statement the situation is constantly evolving.

“The situation remains fluid. Preliminary reports indicate possible presence (of the pest) in Malawi, Mozambique, Namibia, South Africa, Zambia and Zimbabwe. Zimbabwe has positively identified the presence of the pest while the rest are expected to release test results soon,” he said.

Millet and maize cultivating farmers can easily identify the warms because they are basically caterpillars that ‘march’ across the landscape in large groups feasting on young crops.

The Southern African Development Community (SADC) and the International Red Locust Control Organisation for Central and Southern Africa are organising an emergency regional meeting of key stakeholders in an effort contain the spread.

Due to the migratory nature of army worms and the rapid pace of their advances, farmers are being told to take heed.  The African army worm, Spodoptera exempta, is a caterpillar pest that attacks crops like maize, wheat, sorghum, millet, rice and pasture grasses.

Studies have found that army worm outbreaks occur throughout sub – Saharan Africa but mostly originate in primary outbreak areas in Tanzania and Kenya. Kenya, Ethiopia, Tanzania and South Africa are grouped among primary ten outbreak areas. The number of outbreaks varies considerably between countries and from year to year, but there are some clear patterns.

The outbreak in Zambia, Zimbabwe and South Africa includes both the native African army worm and the fall army (Spodoptera frugiperda) — a non-indigenous, or alien, species that originated in the Americas and is even more destructive. The fall army worm outbreak in Zambia, Zimbabwe and Malawi is believed to have been triggered by the drought that hit the region last year.