Apple worth half as much as total Africa GDP

August 3, 2018—On Thursday, technology company, Apple Inc. reported a market capitalization of one trillion US […]

August 3, 2018—On Thursday, technology company, Apple Inc. reported a market capitalization of one trillion US dollars, the first American company to reach the milestone giving it a value that is half of Africa’s 2017 GDP at $2.2 trillion. Two years ago, Apple sold its one billionth iPhone. 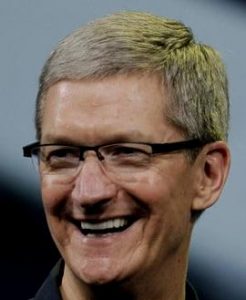 Cook said part of their success is putting customers first.

Current chief executive officer, Tim Cook told just over 120,000 employees spread across the world in a congratulatory memo,  “Financial returns are simply the result of Apple’s innovation, putting our products and customers first, and always staying true to our values,” he said.

Co-founded by Steve Wozniak, Ronald Wayne and the late Steve Jobs in April 1976, Apple in recent months has been buoyed by sales of its higher-priced iPhone X and its booming services business.  However business analysts also point to the fast-falling price of memory chips.

Two months before Jobs died in October 2011, Apple had displaced resource multinational, Exxon Mobil and became the most valuable company on the Standard & Poor’s 500 stock index. Although it hasn’t always held the top slot during the ensuing years, Apple with Cook at the helm has always been close to number one

Apple chief financial officer, Luca Maestri highlighted the weakened price of memory chips, which should significantly reduce tech companies’ costs over the next year and reverse from a headwind to a tailwind for results.

Memory chips are a key component in everything from smartphones to self-driving cars. For companies like Apple, which heavily relies on semiconductor chips to manufacture the bulk of its products, the chips are a big fiscal burden. In 2017, Apple was the second-largest purchasers of memory chips worldwide, acquiring roughly $39 billion worth of semiconductors — over a fourth of the tech company’s annual cost of goods — according to data from Gartner, a global research and advisory firm.

The nosedive in the cost of memory chips is largely due to an oversupply and smart phone sales saturation globally — Apple sold roughly the same number of units in its latest quarter as in the year-ago quarterly period. Technology sector analysts say that tech companies like Apple should expect to reap the benefits in roughly six months, following the slump in chip prices.