Another telco out of the market as Airtel buys K2 Telecom

KAMPALA, January 30 – Uganda’s telecom market is set for a second round of consolidation as […] 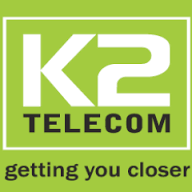 KAMPALA, January 30 – Uganda’s telecom market is set for a second round of consolidation as a bullish Airtel, energised by regulatory approval of its merger with Tigo Telecom in Rwanda last week, moves to acquire struggling Buganda Kingdom operator K2 Telecom.

256BN has learned that an announcement of a deal in which Airtel takes over K2 Telecom is imminent. Details are still sketchy but it understood that as part of the agreement, and for reasons of pure prestige for Buganda kingdom, Airtel will maintain the K2 brand but without any financial obligations.

This site will bring you more information as details emerge. This is the second round of market consolidation after the April, 2013 acquisition of Warid Telecom, again by Airtel. That move brought near parity between MTN Uganda and Airtel by subscriber count although Airtel is yet to make any significant financial capital out of the low-spend subscribers it inherited.

K2’s withdrawal reduces the market to a five horse race between mainline operators MTN and Airtel on one hand and fringe operators Africell, Vodafone and Smart Telecom on the other.

Airtel has enjoyed a good bask in the sun since last December when it acquired Tigo Telecoms assets in Rwanda. The deal which was given the green light by the Rwanda Utilities Regulatory Agency RURA, last week, pushes Airtel’s share of the market to 58pc based on RURA market data for November 2017.

The telco has been troubled from the start with Africell denying it a data link. That meant it could not introduce data  and financial services such as Mobile Money, which Africell saw as its mainstay. That conflict, which at some point during 2016 went to court when Africell unilaterally wanted to deny K2 carriage, culminated in a severance of ties in February 2017.

With the status of K2 resolved, eyes now turn to Vodafone, which is also understood to be going through a difficult transition.