Annual oil convention due next week amid rising expectations 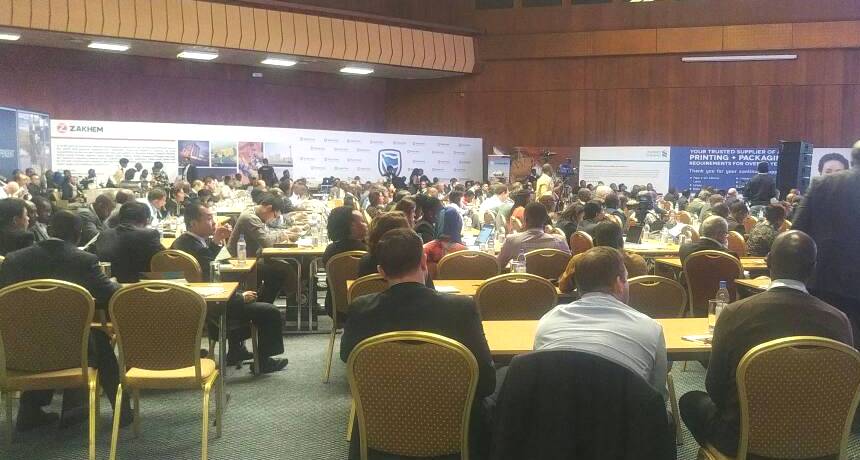 The three-day event includes several presentations, an exhibition and opportunities for B2B sessions.

April 5—The 200-member Uganda Chamber of Mines and Petroleum (UCMP) will be holding their annual oil and gas convention beginning Tuesday April 9 in Kampala.

The three-day event includes several presentations, an exhibition and opportunities for B2B sessions. It has the backing of several corporate entities and support from the government through the energy and mineral development ministry.

Reports are Total E&P and China National Offshore Oil Corporation Uganda Limited will be making Final Investment Decisions (FIDs) before the end of the year. The government has pushed First Oil forward from the original 2020 to 2023, but some sources say 2025 is more likely considering the amount of preparations still to be done.

According to a UCMP statement, ‘2019 should see the licensed oil companies taking the Final Investment Decision and selection for EPCs winners for Tilenga and Kingfisher projects. 2019 should also see the country launch the next licensing round’.

This is raising hopes of a surge in new money for Uganda’s budding oil and gas sector with figures ranging between expenditure of $10 billion and $15 billion during the next decade.

During the past two years, there has been somewhat of a lull as the government sorted out its wish-list while negotiating with the oil companies.

Amidst a frenetic effort to get support infrastructure in place, including new roads and an airport, the convention theme is ‘2019 Decision Time: Countdown to Commercialisation.’

According to UCMP, the country’s oil and gas sector has continued to expand and now covers new petroleum exploration, infrastructure development for producing the discovered petroleum (development), together with the designing and putting in place the infrastructure required to commercialize the petroleum to be produced (refining and pipelines). The event will also highlight ongoing skills and capacity development efforts implemented by the sector’s strategic partners.

An initial 30,000 barrel-per-day refinery is to be built in Hoima, western Uganda and a 1,450 kilometre heated pipeline to Tanga port in Tanzania, are crucial components of the planned infrastructure expenditure. Both projects are public-private partnerships, but the onus is on the oil companies and the Albertine Graben Refinery Consortium (AGRC) who won the bid to develop the refinery.

Speaking recently during a conference for small business opportunities in the industry, UCMP President, Dr. Elly Karuhanga said, “The challenge for us is the projects are being done at the same time. This is a strain on local capacity since we locals have to be internationally certified to qualify to bid. We are in an opportunity crisis. So much needs to be done, but people are sleeping.  Ugandans should wake up.”

Dr. Karuhanga said since the bulk of the pipeline will be passing through Tanzania, Ugandans needed to consider partnerships or joint ventures to avoid missing out on the opportunities. ”Look for partnerships in Tanzania, because much work is to be done in Tanga. I advise you to fly to Tanga as soon as possible,” he told the gathering of SMEs last month.

Dr. Karuhanga also had advice for the government. “The government has to start thinking like business people and not technocrats,” he said.

Total E&P Uganda general manager, Pierre Jessua said the Tilenga oil field will involve some 400 wells, but the challenge is having the expertise on site. He cautioned Ugandans about unrealistic expectations. “Before we talk about assets, we need to talk about people. The speed of development will rely on the available experience and expertise.”

While the government is intent on having as much local content as possible in the contracting, it has also been agreed that Ugandan firms must be fully compliant in all areas. On the other hand, locals still believe the international companies have a huge advantage due to their longer track records and the likelihood they will be favoured by the oil companies. This is an issue that will once again be raised during the convention, but Dr. Karuhanga’s advice has always been “form partnerships and joint ventures!”