ANALYSIS: How air accident investigation is evolving in the digital age

December 9, 2015 in Business, Communications, Technology & Telecoms, Transport, U by Editor

By David Learmount London, December, 08 -Air accident investigation still has the same objectives that it […] 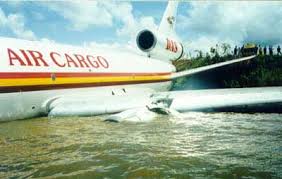 London, December, 08 -Air accident investigation still has the same objectives that it ever did, but contemporary techniques, advanced aircraft technology and changing attitudes to the dissemination of information have massively altered the way it is carried out.

At a recent Royal Aeronautical Society conference in London, the UK Air Accidents Investigation Branch (AAIB) used the occasion of its own centenary to review the accident-investigation task of today.

The AAIB’s chief inspector of air accidents, Keith Conradi, notes that now, immediately following an accident, aircraft manufacturers are hungry for data to indicate whether corrective technical action is required. Meanwhile, a 24h media machine also needs to be provided with verified data as soon as possible, because it has so many other valid – if unofficial – sources of data available, ranging from commercial flight-tracking services to social media.

All this is reflected in an AAIB synopsis of some of the most obvious changes in what happens now at an accident site. “Evidence was once a collection of notes and a few sketches in an investigator’s notebook, together with dozens of ‘bagged and tagged’ items for further investigation,” it observes. “Now, personal electronic devices have made capturing evidence simple. Gone are the days of brown paper tags, sealing wire and wax. Today, managing evidence is about databases, bar codes and photographic recording of the evidence as it is moved from one investigation venue to another, or as its state or physical condition is altered. The integrity of the evidence must be preserved if the outcome of the investigation is to be credible,” it adds.

It was only a year ago that the AAIB obtained its first remotely controlled unmanned air vehicle with an advanced photographic and recording capability.

Conradi says that such systems have huge potential to aid investigation at all sites, but particularly at those that are difficult to access. The AAIB’s first investigatory UAV was a DJI Phantom 2 Vision, obtained in April 2014, but after a trial period the agency upgraded to the Phantom 2 Vision Plus, which is equipped with a gyro-stabilised camera.

A different approach to investigation is also demanded by the technical complexity of today’s aircraft. This means that investigators have to depend, to a much greater extent, on the expertise of the aircraft manufacturer, while still retaining their independence and integrity. “We aren’t experts in anything except accident investigation,” Conradi notes. That is a rather modest statement, however, because he has 30 years of operational experience flying military jets and airliners, and most of his team are aeronautical engineers.

Even in human factors, the AAIB may need to seek expertise from outside its own ranks. It notes: “How do we add value to the human performance aspect of investigations? Do we need to spend more time investigating normality to truly understand the non-normal? Current practices for accident and incident investigation often are not designed to enable diagnoses of underlying or latent factors that are increasingly recognised as important contributors to safety risks, including organisational culture, regulatory factors, equipment design, procedures, and other factors behind the ‘why’ of human error.”

Conradi says that in accident reports, at least some emphasis should be given to how crew members deal with problems when they are successful – and not only when they fail. Increasingly important among the work that the agency does, he emphasises, are the studies of serious incidents that stop short of becoming fully fledged accidents. “This is where a lot of our future investigation will be,” he predicts. The AAIB has worked with the European Civil Aviation Conference – the European regional office of the International Civil Aviation Organisation – on understanding “what went well” in incidents, as well as what went awry.

The AAIB also highlights the “challenges faced by states in striking the balance between the need for the protection of safety information (to improve safety) and the need for the proper administration of justice by judicial authorities”. This has required that “relevant regulatory tools are progressed quickly”, it notes.

Even in the EU, the issue of interface between the technical investigation and judicial interest varies in cases from one national jurisdiction to another, but Conradi says Europe is successfully engaged in guiding due process in this arena: “The main drivers to repeal Directive 94/56/EC and to adopt Regulation (EU) No 996/2010 were to strengthen the investigating capacity of the Member States, to clarify the role of the European Aviation Safety Agency, to ensure separation between accident investigation and judicial proceedings, to strengthen implementation of safety recommendations and to better protect the rights of the victims of air accidents and their relatives.”

Over more than a decade, Europe has gradually been blazing a trail towards establishing an acceptable legal and technical due process, whereby the two parallel investigatory systems can go on uninterrupted without fouling the other. It is not perfect, but Conradi believes it is getting there.