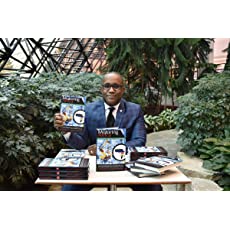 KMC is approaching a critical bend in its development path as construction of the company’s 5000 vehicles a year initial assembly plant nears completion in Jinja. The first vehicles are expected to roll off the line at the end of 2021, adding a sense of urgency to the need to lock-in on a strategy for penetrating East Africa’s 450,000 vehicles a year market and localization of the supply chain.

KMC which also needs more predictable funding streams to support the production run is looking to private sector participation to supplement public investment in the project. Initially expected to have delivered the first homegrown motor vehicles in 2018, the project is running two years behind schedule. This is mainly on account of sluggish funding that has seen only a fraction of its Ushs 150billion budget disbursed so far.

Paul Isaac Musasizi, the chief executive, says Hightower will coach and mentor the KMC team to identify and implement the most appropriate strategy for addressing regional and African continental market opportunities. He will also help with the commercial and product strategies as well as supply chain localisation and investor recruitment.

“The Automotive Industry Advisor will work closely with the Kiira Motors Corporation team to build capacity in the key pillars of people, product, plant, and mobility infrastructure, plus policy with the ultimate goal of growing KMC into a sustainably profitable business and create new opportunities while building the indigenous motor vehicle industry in Uganda,” he said.

Mr. Hightower was unveiled to a section of Uganda media on October 30, in a virtual meeting. The automotive engineering expert and business executive is highly regarded after he led General Motors $15 billion global crossovers business as the Executive Chief Engineer and Vehicle Line Executive. He sees the preconditions for takeoff of a domestic automotive industry in Uganda and East Africa in general, largely in place.

Key among these is a local market, supporting legal and policy framework and a skilled local workforce. He adds that the industry can be a catalyst for development and have deep impacts on host economies.

“Through my work in both developed and emerging economies, I have had the opportunity to see the impact that developing the local automotive industry can have on a nation and its people. I have seen that in China, India, Latin America, Brazil and Mexico as well as South Korea. and I see significant opportunity for growth of the automotive sector not just in continental Africa but in East Africa and Uganda in particular,” Hightower said.

KMC’s start-up vehicle plant is expected to create more than 14,000 job and catalyse investment by small and medium enterprises in the manufacture of vehicle parts, components and brake pads, seats, bolts and nuts, bumpers, and sub-systems such as vehicle electronics, navigation systems as well as digital mobility solutions such as ticketing and cashless payments management.

A survey of the local and regional supply chain has for instance established that Kenya can ably supply automotive glass and vehicle seats to Kiira Motors.

KMC’s vehicle plant has been designed with an initial capacity of 22 vehicles day in a combination of buses, trucks and light utility vehicles.

The author of Motoring Africa: Sustainable Automotive Industrialization – published in 2018, Hightower also sees opportunities for Kiira Motors as a developer and supplier of components automobile subsystems rather than an exporter of fully assembled vehicles to western markets.

“The opportunity is there,” said Hightower. “KMC can grow as a bus manufacturer or supplier of components, engineering and manufacturing services.

KMC has so far assembled two market validation all- electric buses, under a technology transfer partnership with China’s CHTC. Another set of four sub-assemblies is currently at Mombasa port. Comprising another two electric buses and two conventional Euro-4 long-distance diesel buses, the buses that will be put together at temporary production facilities in Nakasongola, will be used by KMC engineers to drill further, local teams in bus assembly.