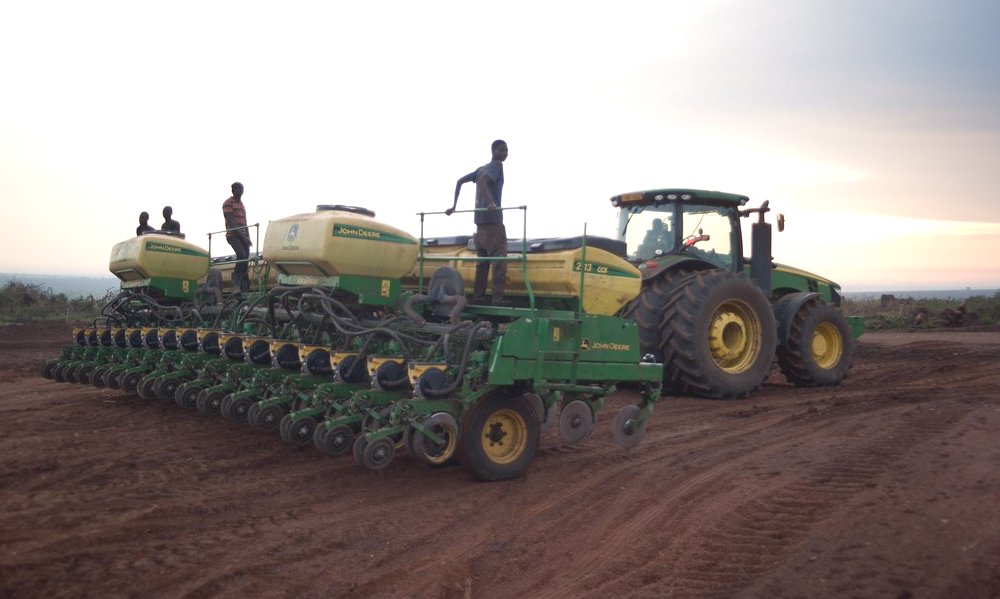 Agilis Partner management say ‘In 2017, the company purchased Ranch 20 and 21, a property in Kiryandongo District, from private individuals and developed the land into one of the largest maize and soybean farms in Uganda.

An American owned agri-business, Agilis Partners, is fighting off accusations of land-grabbing and violent mass evictions […]

An American owned agri-business, Agilis Partners, is fighting off accusations of land-grabbing and violent mass evictions in Uganda, a year after being presented with a prestigious award by US Secretary of State, Michael Pompeo.

Agilis is the largest producer of grains and oilseeds in Uganda through Asili Farms, the group’s farming division. It grows maize, soybeans, other grains and oilseeds on 13,500 acres according to what the company calls high-yielding sustainable farming practices.

At a ceremony in Washington D.C., during October last year, Pompeo presented Agilis management with an Award for Corporate Excellence (ACE) in the category for the Sustainable Operations.

However, in a recent widely circulated report, Alliance for Food Sovereignty in Africa (AFSA), Witness Radio Uganda and GRAIN, now claim Agilis has made nearly 40,000 people homeless after forcefully evicting them from land demarcated for commercial farming. The land covers just over 9000 acres in Kiryandongo, North West of Kampala. The company says the report and associated media reports including accusations of sexual assaults and other human rights abuses is not credible.

‘Agilis Partners would like to state that it has never evicted anyone from its land and has always been focused on empowering the communities in which Agilis invests. The lies contained in recent reporting are an abomination to Agilis’s core values and mission,’ the social-enterprise said in a statement on Thursday.

Agilis, has been accused alongside two other companies, Kiryandongo Sugar Limited and Great Season SMC Limited. The Americans state, ‘Agilis has never evicted anyone. Agilis’s legal advisers, in consultation with the impacted community, local government and national government, determined that the occupants of the said land were living on it illegally. Rather than evicting them, Agilis worked with community leaders to develop a humanitarian compensation and resettlement plan for all of the illegal occupants.

It continues: ‘Extensive consultations with the leaders of this community occurred between June and December 2017.The company generously compensated the individuals who voluntarily accepted to leave the property. Though Agilis was not legally mandated to compensate them, the company did not want to negatively impact the livelihoods of its community members’.

AFSA is a broad alliance of different civil society actors that are part of the struggle for food sovereignty and agroecology in Africa. These include: African farmers’ organizations, African NGO networks, specialist African NGOs, consumer movements in Africa, international organizations which support the stance of AFSA, and individuals.

Founded in and operating in Uganda since 2012, Agilis is a social-enterprise whose mission is to empower Ugandans to feed Africa. The company says sourced from their own large-scale sustainable farms and from over 15,000 smallholder farmers, Agilis provides healthy and affordable food to over 550,000 East Africans annually

‘In 2017, Agilis purchased Ranch 20 and 21, a property in Kiryandongo District, from private individuals and developed the land into one of the largest maize and soybean farms in Uganda. This farm alone has replaced 3% of the international maize imports to East Africa with local corn production and created employment for over 75 Ugandans. The farm also provides training to the local community on conservation and sustainable farming practices’, the statement reads in part.