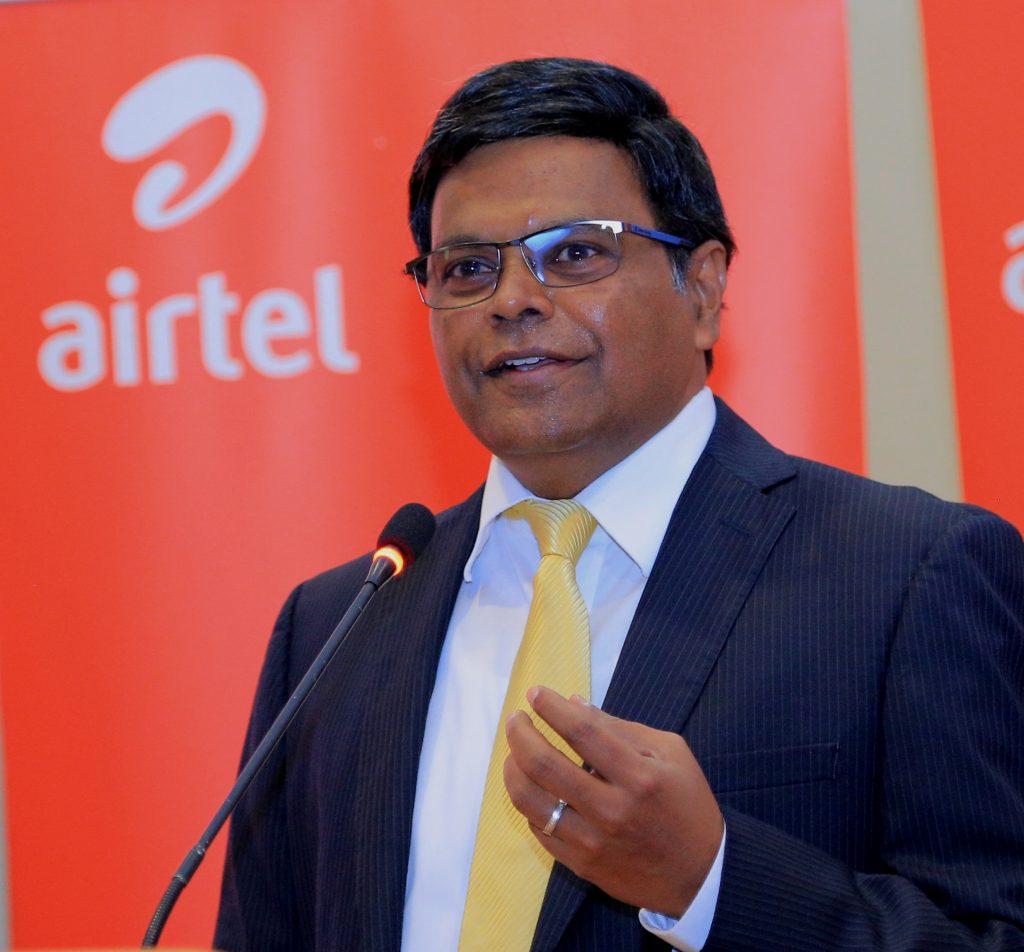 V.G Somasekhar says Airtel’s sustained investment and innovations have led to a strong competitive telecom sector in Uganda, unlike the monopoly and dominance seen in Kenya, Ghana, Rwanda and many other African markets.

Both in terms of increasing tele-density and expanding networks countrywide, Uganda’s telecommunications industry has registered tremendous […]

Both in terms of increasing tele-density and expanding networks countrywide, Uganda’s telecommunications industry has registered tremendous growth over the past decade. I would like to share my perspective of the key trends, and changes in the sector, specifically as they pertain to the role Airtel Uganda has played writes V.G Somasekhar.

This in major part, is due to the good stewardship by the relevant regulatory authorities and a conducive environment offered by the government in liberalising and promoting competition which in turn has attracted investment in the sector. As a result, ICT in Uganda is a vibrant sector with vital infrastructure driving economic and social transformation.

According to the Uganda Communications Commission (UCC) telecom market performance report 2020, the industry posted 26.7 million subscribers at the end of December 2019. The growth in subscriptions translates into a penetration of 66 lines per 100 or a 66% tele-density, of which 97% of total subscriptions remain mobile, while 3% are fixed. In Uganda, it’s not a mobile first strategy but a mobile only strategy. The report further notes that at the end of December 2019, the number of active smartphones on the network had grown to 6.6 million, giving a penetration of just under 25%.  This relatively low penetration is due to slow migration from feature phones to smart phones conversion.

The telecom sector remains highly competitive achieving the objectives of the government in a liberalized sector by driving innovation and investment through competition. Globally, the industry is consolidating to achieve economies of scale and the ability to invest top dollar in the ever changing technologies of 2G, 3G and 4G with fiber-optic networks to enable higher capacity and high speed data networks.

In Uganda we have seen industry consolidation led by Airtel through the acquisition of Warid to build scale and a robust network. Separation and hiving of telecom towers to tower companies has also unlocked precious capital for investment in wider coverage and access technology.  Airtel’s sustained investment and innovations have led to a strong competitive telecom sector in Uganda, unlike the monopoly and dominance seen in Kenya, Ghana, Rwanda and many other African markets.

It is often said 80% of Uganda’s economy is within 80 kilometres of Kampala. This is true because major economic activity and consumer concentration is highly Kampala-centric. The reasons include delays in the development of physical and social infrastructure across all regions and districts. Airtel has played a pivotal role in expanding and modernizing the telecom networks across all 127 districts, 211 counties, 1,466 sub-county and 7,434 parishes serving nearly 97% of Uganda’s population.  With high speed internet access available across Kalangala, Kiboga, Kaberamaido, Katakwi, Kaabong, Kotido, Kanungu and Kiryandongo the urban rural divide has been substantially reduced.

The most significant change in the last decade,has been the transformation of telecom networks from voice-to-data, data-to-digital. Airtel has pioneered this initiative of achieving 100% 3G coverage and followed up with 100% 4G LTE across all its sites. Uganda is among the few nations globally to achieve this milestone of its telecom network being fully modernized. Airtel’s investment has made it possible for ‘Data – the New Oil’ to be available across the country.

The telecom industry provides the critical infrastructure and connectivity to achieve digital transformation. Some of the notable transformations is the removal and replacement of airtime scratch cards with electronic airtime. This change has removed the messy, non-biodegradable scratch cards that were polluting the environment and ushered in a fully electronic airtime top up solution. Registration and Know Your Customer (KYC) of customers is now fully digitalised  and supported by an online National Identification and Registration Authority (NIRA) verification. This has made it possible for a new SIM registration or replacement to be completed within five minutes at any of the authorized outlets. Airtel Money has not only banked the unbanked, but continues to drive financial inclusion at the bottom of the pyramid.

Compliance and Culture of partnership and giving back

In the last 10 years, Airtel has emerged from a loss-making enterprise to a sustainably profitable one. The DNA of Airtel is one of compliance and respect of the local laws of the land. Airtel has also been widely recognized for its compliance and is seen as one of the partners helping the government to achieve the objectives stated in the National Broadband Policy. In the meantime, Airtel’s partnership with the Buganda Kingdom and FUFA has led to an improved performance from the Uganda Cranes and by doing so, connecting and winning the hearts and minds of Ugandans.

This pandemic has impacted each and every one of us. Life priorities have been redefined with the pecking order of essential requirements food, clothing, shelter and smartphone. Airtel and other telecom networks’ role as an essential service provider, is clearly seen in helping with business continuity, planning for the nation and protecting and digitally empowering people.

As a long term investor with the single largest foreign direct investment from India to Uganda, Airtel has so far invested $850 million in the development of Uganda’s ICT sector with leading edge world-class infrastructure. Airtel Uganda has established and brought to Uganda a strong portfolio of global technology partners. These include Mahindra Comviva, Huawei, Nokia, ZTE, Google, Facebook, ATX and Ison Technology. Each has contributed technological transformation of Uganda’s telecom landscape. This has helped compliment the government’s initiatives in increasing broadband access and coverage across the country.

The government launched the National Broadband Policy aimed to achieve the aspirations of the Uganda Vision 2040 by supporting the objectives of the National Development Plan (NDP II) whose theme is ‘Strengthening Uganda’s Competitiveness for Sustainable wealth creation, employment and inclusive growth’. The policy emphasizes the role of broadband internet in the socio-economic transformation process as a critical enabler. Airtel is contributing towards making the policy a reality the company’s investment and modernization program.

As we celebrate 10 years in Uganda, we believe that by working together with local communities, suppliers, governments, consumers and beyond, we can transform Uganda, ready for the Fourth Industrial Revolution (Industry 4.0).