March 1-Bharti Airtel, one of the largest telecoms companies in the world, has not completely let […] 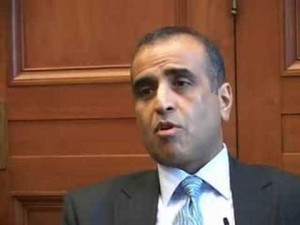 Mittal said Airtel may acquire or merge operations across Africa.

March 1-Bharti Airtel, one of the largest telecoms companies in the world, has not completely let go of plans to take a carving knife to its African business. In East Africa, Airtel operates networks in Kenya, Rwanda, Tanzania and Uganda.

In January this year, several Airtel top managers around Africa were thrown into panic when Bharti Airtel chairman, Sunil Bharit Mittal, hinted of selling off or merging the telecom’s 15 operations across the continent.

The problem is a $12 billion debt that is hanging over the India-based multinational. Speaking on the sidelines of the annual World Economic Forum at Davos, Mittal said Airtel may reduce its footprint in Africa, but offered no specifics.

This was enough to cause some anxiety, not only among the top Airtel bosses, but also ordinary staff in Africa. A day later however, Raghunath Mandava, the Airtel Africa Managing Director and Chief Executive Officer, calmed nerves with a clarification. Not only were most of the African businesses generating positive free cash, but cost cutting measures were paying off. He also dampened fears surrounding sell-offs.

“Mergers and acquisitions continue to be the norm for any multinational organisation and they affect all global organisations in equal measures as and when they happen. As a strategy, we look for opportunities to acquire or merge in opcos (operating companies) that are operating in a fragmented market structure with too many players in a small market,” Mandava said.

Mittal is the current Chairman of GSMA, the mobile network operators’ umbrella organisation. At their annual Mobile World Congress in Barcelona, Mittal conveyed a clearer picture on the future of Airtel in Africa.

He told Indian media, the $12 billion debt was not strictly as result of the African operations. Airtel has also been having a rough time on its home turf with the entry of Reliance Jio last year. The succeeding bruising price war that ensued and which is only coming to an end, has cost Airtel a pretty penny. In the meantime, Reliance Jio signed up 100 million subscribers courtesy of freebies.

He said, “No, Africa is not a load at all. Africa has currently almost $3.4 billion in revenue and $800 million plus of Ebitda (earnings before interest, tax, depreciation and amortization). It spends about $600 million in capex (capital expenditure). So in some sense it generates a free operating cash flow. Most of the debt in Africa is in bonds. Overall, Africa is taking care of itself.”

But he said there are good reasons for consolidation. “We will look at a few countries where we feel that market restructuring is important where we may acquire or merge,” he said.

Mittal said it’s important to be among the top two in any market Airtel ventures into. “What’s the point of being in, say Rwanda as a third operator when the population is 12 million, when you know you will never make it?”