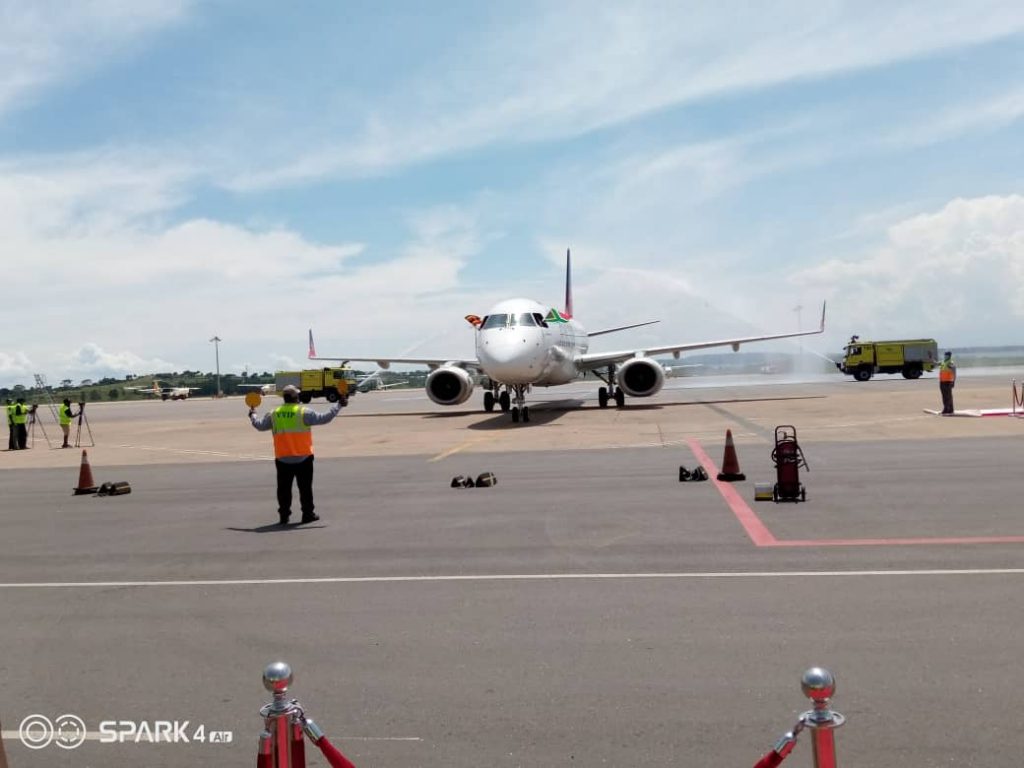 Travelers from Uganda will have access to a wider range of destinations in Southern Africa, following […]

Travelers from Uganda will have access to a wider range of destinations in Southern Africa, following Airlink’s launch of services to Entebbe. The Cape Town based carrier’s inaugural flight touched down at Entebbe International on September 19, to a welcome of a water-arch and a high-powered party that included Ugandan government officials, the South African business community and South African High Commissioner to Uganda Ms khomotso Hlanyane.

Airlink will fly two times a week to Entebbe, using its 98 seat Embraer E-190 aircraft. The service will dovetail with the domestic and regional network in Southern Africa, offering connections to over 45 destinations in 12 countries.

All services will be night time with the outbound leg 4Z 190 departing Johannesburg at 21:15 hours local time on Wednesdays and Sundays, arriving in Entebbe at 2:30 am. The inbound flight will depart Entebbe International at 3:30 am on Mondays and Thursdays, for same day arrival at Johannesburg Oliver Tambo at 7am local time. 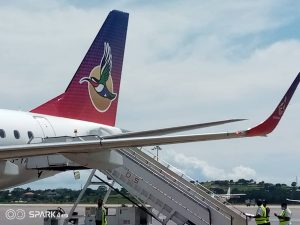 “Our new service is designed to provide customers needing to travel or transport goods between our two countries with greater choice and flexibility. The flights between Entebbe and Johannesburg are scheduled to provide convenient onward connections with Airlink to every key market in the Southern African Development Community group of nations. From Johannesburg and Cape Town, Airlink currently serves more than 45 destinations in 12 African countries, including Uganda,” said Airlink board member and non-executive director Captain Duke Moroosi.

The carrier says it has also entered partnerships with a number of long-haul operators to provide onward lift for passengers who might want to travel beyond southern Africa.

“Entebbe is not just Uganda’s primary tourism and trade, it is also strategically positioned for access to the wider Eastern African Community nations and the Great Lakes, which represent significant markets.  Our flights, will enable closer relations, promote economic activity and make it possible for tourists to enjoy the diverse array of travel experiences on offer in South Africa and Uganda as well as Southern and Eastern African,” says Airlink chief executive and Managing Director, Rodger Foster.

Airlink is now be the second carrier offering direct flights between Entebbe and Johannesburg, after Uganda Airlines which started operating the route in May. It takes over the slot vacated in February 2020, by troubled flag carrier South African Airways.

Entebbe is the second destination in the region after Dar es Salaam where Airlink is now flying its own metal. In May, the airline entered an interline agreement with Kenya Airways, facilitating passenger exchange between the two carriers.

Moroosi said while they were starting with only two flights a week, additional flights to Entebbe would be considered as the market gradually recovers from Covid-19. The service to Entebbe was supposed to launch on July 19, but was pushed back by two months when Uganda went into a second lockdowm in May.

Established in 1992, Airlink is an independent, privately-owned South African airline. With a fleet of more than 50 aircraft, it operates a comprehensive network of 30 destinations mostly in southern Africa. The airline carried two million passengers on 63,000 flights in 2019.