Home » Business » RFID is the future of secure passenger baggage

RFID is the future of secure passenger baggage 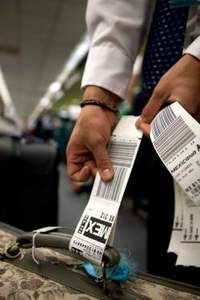 IATA sees Radio Frequency Identification (RFID) as a game changer in efforts to reduce the number of misdirected passenger bags and is now advocating for the global adoption of an RFID standard for baggage tracking.

With less than 0.06 percent of the 4.3 billion passenger bags carried by airlines during 2018 lost or misdirected, IATA says embedding RFID technology into the current bar code tags would further reduce the number of lost or misdirected passenger bags. The technology enables bags to be identified and tracked without human intervention, significantly reducing room for error.

Seventy eight percent of the world’s airlines have already implemented RFID, resulting in a 70 percent reduction in misdirected baggage between 2007 and 2018. On average, 99.9 percent of misdirected bags are now reunited with their owners within two days, delegates heard during IATA’s 75th AGM that took place in Seoul recently.

“Passengers want to arrive with their bags. And on the rare occasion when that does not happen, they want to know exactly where their bag is. Deploying RFID and adopting modern baggage messaging standards will help us to cut mishandlings by a quarter and recover bags that are mishandled more quickly,” said Alexandre de Juniac, IATA’s Director General and CEO.

An advance on the current system that uses bar codes and is still in widespread use across Africa, RFID read rates have been found to be 99.98 percent accurate. The AGM called for the implementation of modern baggage messaging standards to help track passengers’ baggage more accurately in real time at different points in the journey.

According to IATA, a modern global messaging standard, adopted across the industry, would enable airlines to take preventive action when potential for mishandling baggage is detected. Acting in concert with RFID, modern messaging standards, are expected to further reduce the mishandling rate by a quarter.  IATA is urging airlines to make a transition to bar-coded bag tags with RFID inlays and to work with airports and ground handlers to develop processes that trigger alerts when potential for mishandling baggage is detected.

Although IATA’s resolution on RFID adoption did not set any deadline, it is anticipated that global implementation could be achieved within four years. Airports would be required to insert RFID technology and modern baggage messaging standards into their infrastructure while ground handlers replace tracking processes with RFID technology.

Adopting the technology would also reduce aircraft turnaround times and fewer delayed flights since baggage can be loaded and offloaded faster.

“Implementing RFID tracking technology and adopting modern messaging standards is a team effort. Airlines, airports and ground handlers need to work together. And the motivation is to satisfy customers,” said de Juniac.

The proposed migration to RFID is one of several initiatives the airline industry is implementing in order to improve the passenger experience. IATA is also pressing governments to fast track the development of global standards for the One ID, a single biometric identifier that would allow a passenger to travel through different regions and jurisdictions with a single security check at the point of departure.