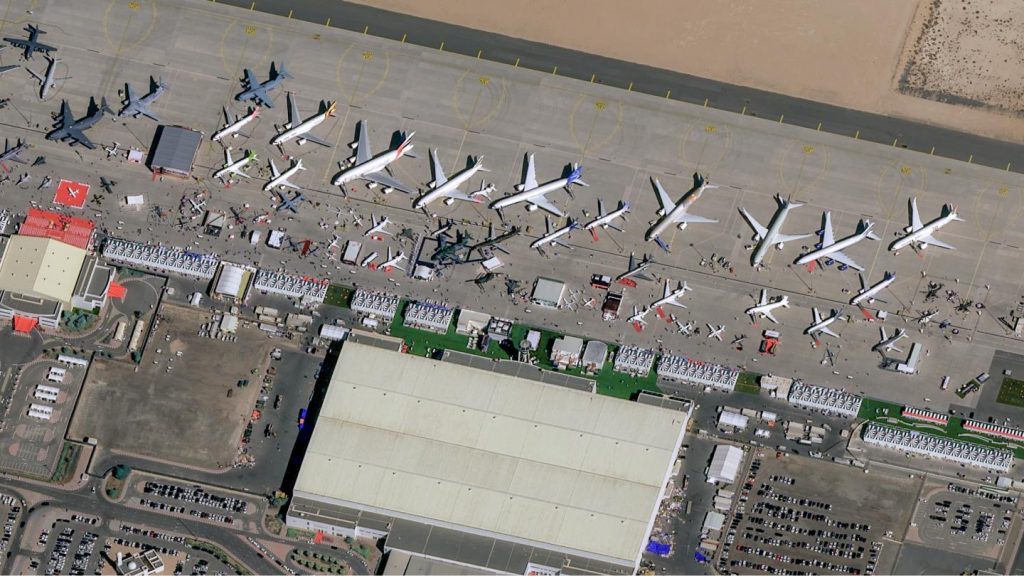 European systems integrator Airbus ran away with the trophy at this years edition of the Dubai Airshow, booking 408 of the 515 aircraft orders announced during the event. The five-day event closed November 18, with optimism running high that the raft of orders was an indicator the industry was on course to full recover from the disruptions imposed by the Covid-19 pandemic.

Of the 408 sales by Airbus 269 were firm orders while 139 were commitments, including a launch order the freighter version of theA350F.

Meanwhile, the European airframers’ US rival Boeing logged orders for 99 aircraft, 74 of them for the 737 Max, including an order for two by Air Tanzania. Boeing’s orders comprised a pair of 777 freighters for Emirates, two 777-300 for Sky One, 72 737 Max for India based Akasha Airlines, 11 B737-800BCF and nine 767 converted freighters by DHL.

The third day saw announcements by Jazeera Airways for 28 A321neos and Nigeria’s Ibom Air for 10 A220s.

The Emirati and Indonesian militaries rounded off the defence side with orders for Airbus A330 Multi Role Tanker Transport (MRTT) to the United Arab Emirates Air Force and Air Defence, and two A400M new generation airlifters from the Indonesian Ministry of Defence.

Ahead of the show, Airbus had launched its latest global market forecast showing a gradual shift in demand from fleet growth to accelerated retirement of older, less fuel-efficient aircraft that will result in a need for 39,000 new-build passenger and freighter aircraft. Around 40pc of these or15,250 aircraft will be for replacements.