Airbus A321 XLR could change fortunes for African airlines 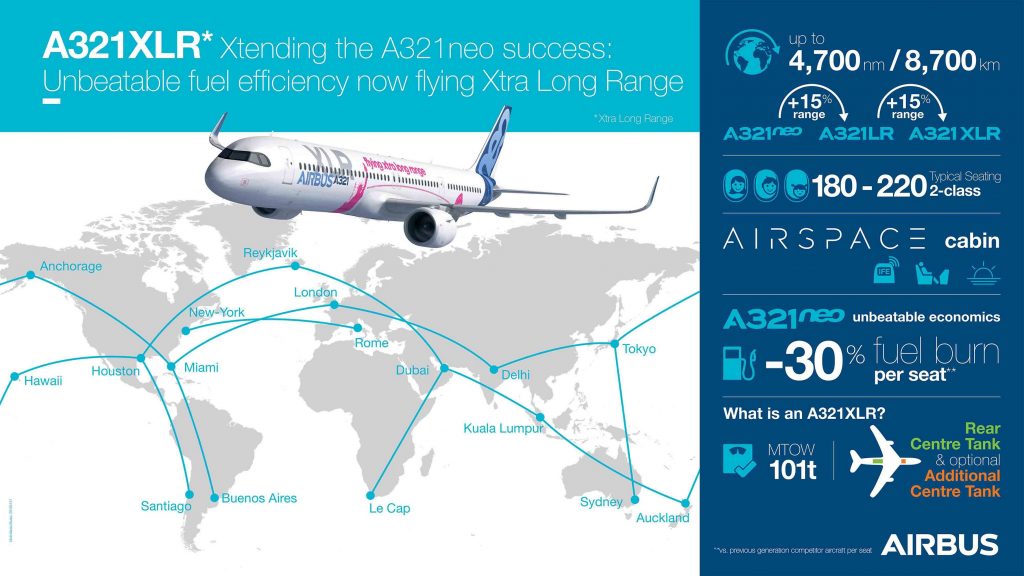 Airbus’ newly launched A321XLR could be the aircraft that transforms the operations of African carriers in the coming years as it brings narrowbody economics to medium haul operations. Airbus announced the launch of the latest iteration of the A321neo on the opening day of the Paris Air Show on Monday with commitments for 27 units by Air Lease Corporation and four by Mid-Eastern Airlines. Air Lease also ordered 23 A321 neo’s with the option of converting the order to the XLR.

In addition to bringing a 30pc advantage in fuel burn per seat over earlier generation competitor aircraft, the new model will have a flying range of 4,700nm with a payload of 180-220 passengers. That would put cities like London and other European destinations within range of departure points such as Entebbe, Kigali and Nairobi.

More significantly for a carrier such as Uganda Airlines and other regional carriers, the A321 XLR’s lower operating costs will reduce the risk associated with opening new long range routes. For instance, an airline can operate a flight to London from East Africa with just 70 passengers and still remain in the black.

“With this added range, airlines will be able to operate a lower-cost single-aisle aircraft on longer and less heavily travelled routes – many of which can now only be served by larger and less efficient wide-body aircraft. This will enable operators to open new world-wide routes such as India to Europe or China to Australia, as well as further extending the Family’s non-stop reach on direct transatlantic flights between continental Europe and the Americas,” Airbus says in a briefs on the new model.

The length and wide cross-section of the aircraft also allows airlines to fit in seating comparable to what is found on widebody aircraft.

Airbus squeezed the additional range by installing a new permanent Rear Centre Tank (RCT) which allows the aircraft to carry more fuel while the landing gear has been modified to support the higher 101 ton gross take-off weight. Slight modifications to the wing have allowed the A321XLR to retain the same take-off performance and engine thrust requirements as today’s A321neo.

Uganda’s comeback flag carrier, Uganda Airlines has placed an order for two 260 seat A330-800 neo for its long haul operations. The A321XLR which enters service in 2023, could be an ideal growth aircraft seating between the smaller Bombardier CRJ-900 and the longer ranger and higher capacity A330.

According to the International Air Transport Association IATA, African airlines are projected to make losses to the tune of $100 million during 2019. This will be driven by inability to fill cabins much above the breakeven load factor factor which is projected at 60pc for the region in 2019.