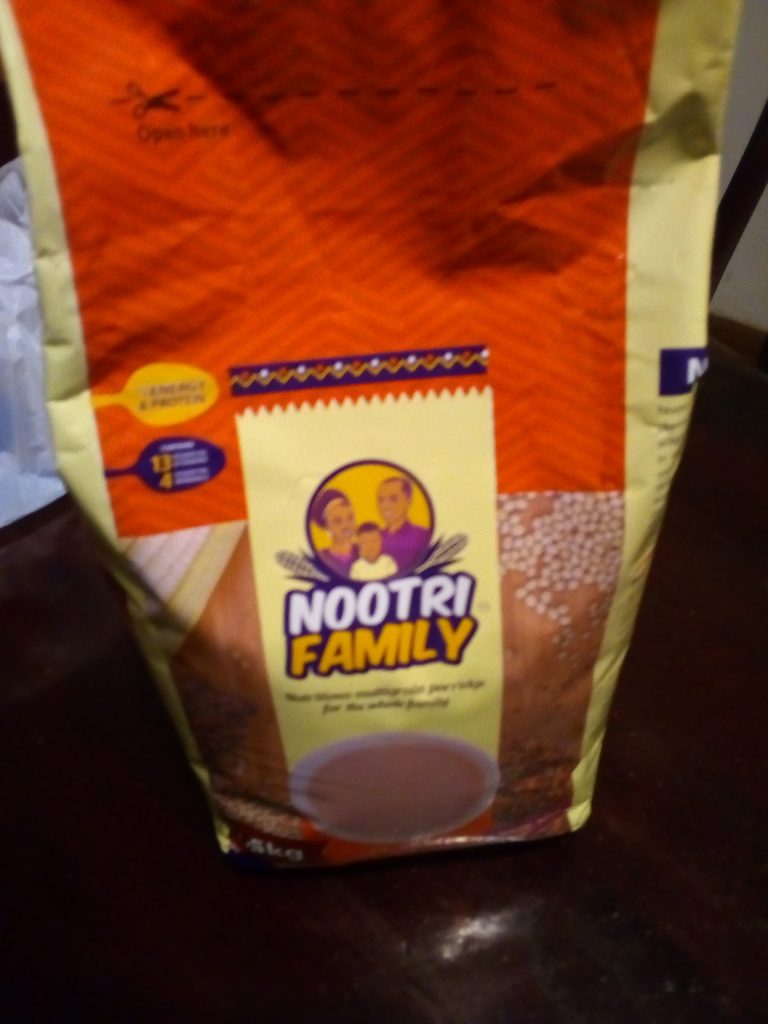 One mid-morning in 2017, two gentlemen from Kigali based African Improved Foods, met me at my […]

One mid-morning in 2017, two gentlemen from Kigali based African Improved Foods, met me at my offices on Mercy Bodifa House in Kimihurura. Just about to begin production, the then mint new food supplements manufacturer was seeking a partnership with media to promote their products that were engineered to support nutrition during the first 1000 days of a newborn’s life.

The proposal appealed to me for two reasons. As a parent, I had on two occasions had to travel to London just to buy a brand of infant formula that my little girl had become dependent on but whose price had skyrocketed beyond reason in Kampala. Secondly, as an editor at the region’s premier regional newspaper The EastAfrican, I could easily figure out the impact of this single investment, on the cereals value chain in my own country Uganda, where peasant producers routinely lose out to the market every season. In short, I wanted AIF to succeed.

Fast forward to a few months later, I was pleasantly surprised when my wife asked me to pick a pack of Nootri porridge from a particular retailer on my way back. Our five year old was bored with all the local options for porridge but had apparently taken a liking to Nootri. So from then, it became a routine to make that monthly 3kilometre trip to the retailer to stock up on the little girl’s porridge.

My excitement went a notch higher recently, when I found the product at a retailer less than 10 minutes’ walk from my residence. This week, it was with a mixture of hope and fear when I scanned the shelves and there was no sign of Nootri. Had the product caught on or had the supply chain broken?

It turned out the retailer had returned the stock to the supplier after five months without a single sale! How was this possible with such a good product? I made the 3km walk to my regular retailer and there indeed, was a good stock of the product. But after the earlier experience, I was apprehensive about the shelf life of what I was buying and carefully scrutinised the package for the expiry dates.

Nootri has one of the longest shelf lives for any cereal but the dates on what was in stock betrayed the feeble marketing effort or lack of it; that AIF has put into supporting an otherwise world class product. All the stock on the shelves had been manufactured in January 2018 and is due to expire in July 2019. I was even surprised to find that they had expanded the range of products to include a formula for lactating mothers.

Yet that BB date spoke volumes about the turnover of this product. It would appear that convinced about the quality of what they had to offer, AIF have chosen ‘word of mouth’ as the primary marketing strategy.

There is no doubt that word of mouth is the most trusted source of information by consumers of anything. But it can only go so far unless it is supplemented by visible mass market advertising.

In not supporting their retailers with consumer advertising in the markets where they have put their products, AIF is undermining the Made in Rwanda initiative in a fundamental way and denying themselves pole position in East Africa’s food supplements market.