April 27—Agriculture and agro-processing projects took the lion’s share of the UGX63.1 billion (just over $17 […] 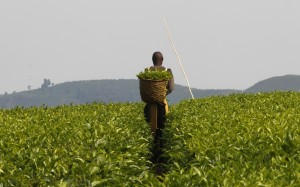 The government-owned bank disbursed some 45% of total lending to projects in agriculture while manufacturing received 20%.

Releasing their annual report, the Board Chairman, Dr. Samuel Sejjaaka said, “Despite challenging market conditions, we continued to make progress in our journey to becoming a profitable and well-governed financial institution.

“The Bank continued facilitating the flow of affordable development credit in the economy by increasing its stock of assets. Uganda Development Bank firmly believes that private sector actors must be supported in order to accelerate growth and wider prosperity,” he said.

UDBL carries out business as a Development Finance Institution (DFI). The bank is a successor company to Uganda Development Bank. It was incorporated as a limited liability company under the Public Enterprises Reform and Divestiture Act and has the responsibility to finance enterprises in key growth sectors of the economy. It has been in existence since 1972.

Not long ago, UDBL re-positioned itself as a key partner to the government in delivering the National Development Plan (NDP) as a leading financier for development projects at attractive terms.

Ojangole said, “We continue to align our focus with providing funding to priority sectors as laid out in the second National Development Plan (NDP II). We took deliberate strategies to improve the quality of our loan book. Key among the strategies adopted were the strengthening of our risk management capabilities to ensure that all potential and actual project risks were sufficiently mitigated to acceptable levels.”

The Bank also achieved growth in its net interest income, registering an increase of 7.92% from UGX16.2 billion in 2015 to UGX 17.5 billion in 2016. This growth was largely attributable to a growth in the gross loan portfolio of 19.4%. The Bank further made deliberate strategies to improve the quality of its loan book during the year.

Besides agriculture and agro-processing, UDBL is financing projects in hotel/tourism, education, health and manufacturing.

Ojangole said, “In 2017, we will continue pursuing our key priority of funding projects that create high socio-economic impact and that are in line with the Second National Development Plan (NDP) II; improving the quality of our assets but also working on improving our customer experience.”

She said, “We commenced an Institutional Development Program towards the end of 2016 that is geared towards enhancement of the Bank’s operations and strategic direction. In 2017, we intend to implement recommendations from the program to better position ourselves in delivering our mandate. 2017 also marks the end of our 5 year strategic plan and we shall once again engage with all key stakeholders in developing the strategic road map for the next five years.”