June 27, 2018 – A structural transformation of the economy that puts more money into the […] 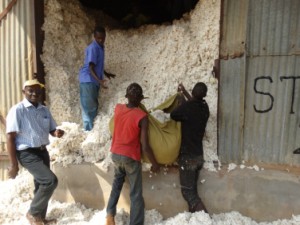 June 27, 2018 – A structural transformation of the economy that puts more money into the pockets of rural dwellers may be the silver bullet to achieving meaningful financial inclusion argues Bank of Uganda Deputy Governor Louise Kasekende.

Giving the keynote address during the launch of the launch of the FINSCOPE 2018 Report today, Mr. Kasekende observed that poverty with the attendant insecure and irregular income streams were key drivers of financial exclusion.

“Whatever innovations financial institutions can develop to lower the cost of delivering services to such customers, this segment of the market will remain of marginal viability until there is major structural change in the real sectors of the economy, such as the modernisation of agriculture, which can provide the population with higher and more secure sources of income,” he said.

“Supply side barriers include proximity to commercial banks, unavailability of SACCO services within the residential community and insurance services perceived to be unaffordable. This is the key driver of the uptake of informal financial services. Fifty-seven percent of Uganda’s adult population lives in the rural areas where informal financial services are driven by savings groups.

Kasekende said the findings suggest that the focus of public policy should be to try and broaden the range of financial services to which the population has access. “This is particularly from the formal sector financial institutions which can offer a degree of prudential management and customer protection which is not available from the informal sector.”

But he was quick to add that the government cannot simply direct financial institutions to broaden access to their services to the financially excluded.

“The ‘command economy’ approach that ignores commercial realities such as directing extension of credit to priority sectors was attempted in the 1970s, with disastrous consequences for the banking sector and the economy as a whole. Realistically, the costs of serving low income customers in rural areas outweigh the very limited income streams that can be generated through the provision of these services to them. Consequently, broadening access to financial services is only likely to take place if financial institutions can develop innovative ways to reduce the cost of delivering the said services to low income customers or if the incomes of the financially excluded increase, so that they can afford to purchase more services,” he said.

“In a market economy, the main channel through which public policy can influence economic decisions by the private sector is through the incentive structure emanating from regulation and taxation as well as the provision of public services which are complementary to private sector business. With regard to regulation, the amendments to the Financial Institutions Act 2016 allow banks to engage in agent banking. This will facilitate banks to deliver services in locations where it is not commercially viable to establish a conventional bank branch. In addition, financial literacy campaigns as well as provision of information, such as that contained in the Finscope Report, is also a public service which can help the private sector to develop business strategies to expand the market for its services,” Kasekende concluded.