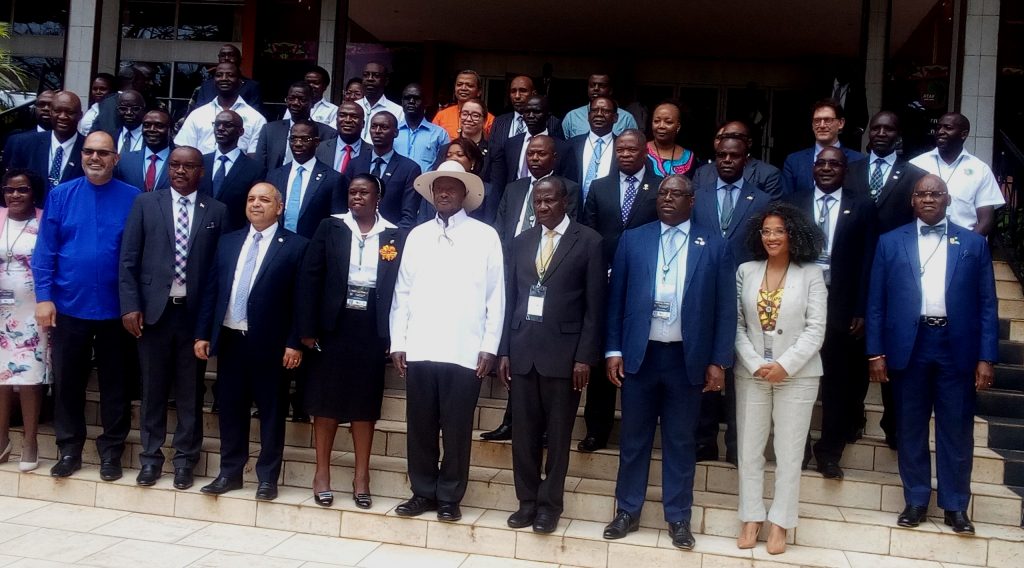 Museveni (in the hat), said national revenue collectors can use technology to track and tax digital businesses like Uber, Faceboo and, Jumia.

African national revenue collectors are meeting in Kampala this week and ranking high on their agenda is how to tax online businesses, notably the likes of Facebook or Uber whose returns cannot be easily accessed.

“As we move forward, we recognize the new challenge that is digital businesses. These are registering huge revenues that Uganda Revenue Authority cannot tax, because they do not have physical address on the ground. The conference should help us to craft systems and policies to govern these digital economies,” Doris Akol, the URA Commissioner General said in her welcoming remarks.

It was agreed by the G-20 industrialized countries finance ministers meeting in June, to come out with common rules to tax companies like Google, Facebook and Amazon by the end of 2020.

However, since most of these companies are American, the US government is resisting all such moves to impose unilateral digital services taxes.

In October, the UK government reported that in 2018 Facebook generated $2 billion in revenues, but only paid just under $40 million in taxes.

The 4th International Conference on Tax in Africa (ICTA) organised by the Africa Tax Administration Forum (ATAF) and URA was officially opened by President Yoweri Museveni.

He suggested African countries should focus on taxing consumption rather than production if the continent is to see sustained economic growth. He said national revenue collectors can use technology to track and tax digital businesses like Uber, Facebook, Jumia among others.

As a start, Museveni asked URA to begin digitally mapping all buildings in order to classify which are commercial and legible for taxing.

“There is a lot of tax evasion because URA is not digitally mapping these buildings to know which one is a rental and which is for personal home use. We need to do this more sophistically in the housing sector, manufacturing sector and others to improve our revenue basket,” he said.

The conference which is being attended by tax delegates from over 48 countries of which 36 are African countries,  under the theme ‘Innovation-Digitalisation and Harnessing Technology to improve tax systems will run up until November 22nd.

Earlier this year, the United Nations Economic Commission for Africa said findings in a report showed that reforming tax administration systems through the use of digitization, refraining from issuing unproductive tax incentives and becoming highly debt-disciplined can help to expand the public purse to finance development. UNECA said the continent could increase tax revenue by as much as $99 billion or 4.6 per cent of gross domestic product (GDP) annually if it sets out quickly to implement these recommendations.

Uganda’s finance minister, Matia Kasaija said digitalisation is becoming a big issue to taxation in Africa where commercial transactions like digital bookings of hotels, unregulated crypto-currency and other digital payments are being done on the internet without being taxed.

He said, “This is a big challenge. We need to form an international body that can control the digital transactions especially those of international companies.”

ICTA discussions will focus on leveraging technology to improve African tax systems and control illicit financial flows due to double taxation agreements that many international companies have been using to defraud governments of millions of taxable income.

ATAF executive secretary , Logan Wort said Africa stands to benefit from the new policies and reinventng unfavourable tax laws. ATAF was launched in 2009 at a conference that was hosted by URA in Kampala. This year, the continental body will celebrate its first decade.

Since its formation, ATAF has been at the centre of tax regulation, and policy formulation . it has also trained over 15,000 tax officials from member States on international tax, tax administration,  digital taxation among others. 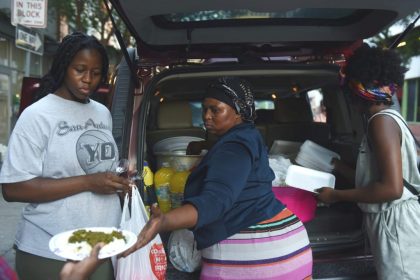 US to cash in on asylum seekers 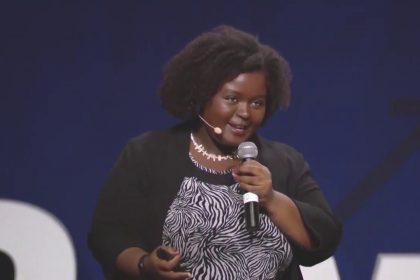 Rwandans pick up $165,000 for innovative enterprises 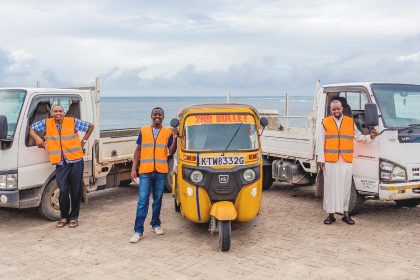 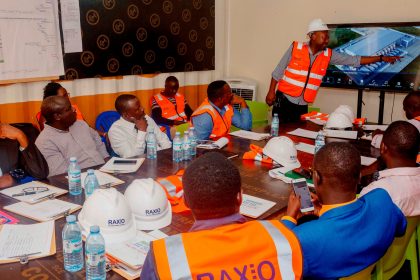 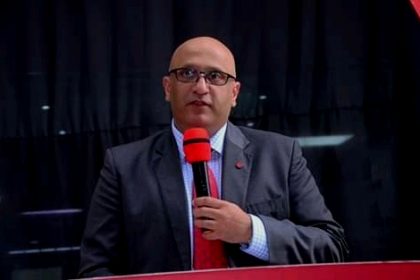 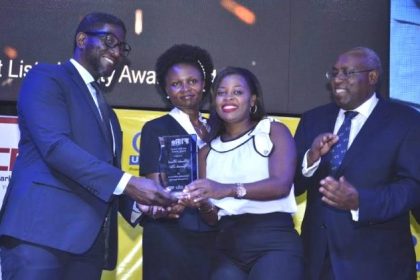 Stanbic Bank walks away with five awards in financial reporting