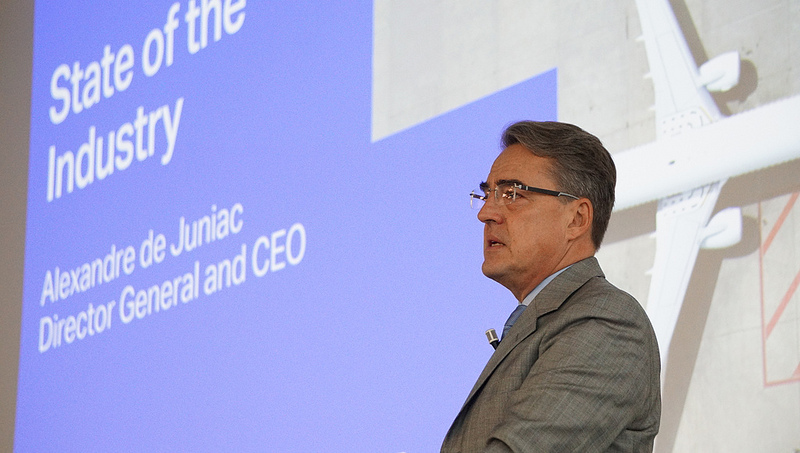 African airlines are expected to narrow their loss to $300 million in 2019, from the $400 million they are expected to lose this year, according to projections by the International Air Transport Association IATA.

Africa has six large flag carriers but only one, Ethiopian has been consistently profitable.

Speaking in Geneva on December 12, IATA chief executive officer and Chairman Mr. Alexandre de Juniac, said the gains will come mainly from an anticipated reduction in jet fuel prices in the coming year.

While operators in the region enjoy above average yields and lower operating costs on some heads, few airlines are achieving adequate load factors to generate a profit. IATA is projecting a net loss of $3.51 per passenger in Africa.

Africa’s performance bucks the global trend where IATA is projecting $ 35.5 billion in industry profit for 2019 and a $32.3 billion profit this year.

“Performance is improving but only slowly. All regions, except Africa, are expected to report profits in 2018 and 2019. Financial performance is expected to improve compared to 2018 in all regions except for Europe, where improvement has been delayed by the high degree of fuel hedging,” de Juniac said.

Return on investment in projected to stay flat at 8.6 percent while the margin profit after tax will be 4 percent off revenues of $885 billion a 7.7 percent increase over the $821 billion expected for 2018.

Passenger numbers will grow by 250million to take the global total to 4.59 billion in 2019 while cargo volumes will increase from 67.3 million tonnes to 65.9 million tonnes.

“We had expected that rising costs would weaken profitability in 2019. But the sharp fall in oil prices and solid GDP growth projections have provided a buffer. So we are cautiously optimistic that the run of solid value creation for investors will continue for at least another year. But there are downside risks as the economic and political environments remain volatile,” de Juniac cautioned.

Economic growth, fuel prices and rising labour costs are among the key performance drivers for the industry in 2019. The global economy is forecast to grow at 3.1 percent, promising solid business barring risk from possible trade wars and BREXIT.

IATA’s forecast is based on the assumption that oil prices will fall back to $65 from the $73 average per barrel of Brent that was experienced in 2018. For airlines, this will translate into a price of $81.3 per barrel of jet fuel compared to the $87.6 average for 2018.

“There are significant downside risks to growth from trade wars and political uncertainties such as with BREXIT, but the consensus view is that these factors will not offset the positive impetus from expansionary fiscal policy and growing business investment in major economies,” de Juniac says.

On the other hand, labour costs are expected to rise 2.1 percent on the back of rising demand. Airlines are expected to employ 2.9 million people but higher costs will be offset by a 2.p percent increase in labour productivity.

“Passenger traffic (RPKs) is expected to grow 6 percent in 2019, which will outpace the forecast capacity increase of 5.8 percent, and remains above the 20-year trend growth rate. This in turn will increase load factors and support a 1.4 percent increase in yields,” de Juniac says adding that passenger revenues are expected to reach $606 billion up from $564 billion in 2018.

Cargo will grow more sluggishly at 3.7 percent to 65.9 million tonnes mainly as a result of a soft global trade environment and increasing protectionism. Cargo yields are expected to grow by 2.0%. This is well below the exceptional 10% yield growth in 2018. It does, however, continue the recent strengthening of the cargo business, since cost increases are lower. Overall cargo revenues are expected to reach $116.1 billion (up from $109.8 billion in 2018).