December 12—Collectively African airlines, except Ethiopian Airlines, will continue to make losses into 2018 estimated to […]

December 12—Collectively African airlines, except Ethiopian Airlines, will continue to make losses into 2018 estimated to be $100 million similar to the 2017 figure, but the International Air Transport Association (IATA) says there is room for optimism as Uganda lays ground to revive its own national carrier. 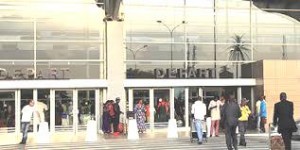 Alexandre de Juniac, IATA’s Director General and CEO said, “These are good times for the global air transport industry. Safety performance is solid. We have a clear strategy that is delivering results on environmental performance. More people than ever are traveling. The demand for air cargo is at its strongest level in over a decade. Employment is growing. More routes are being opened. Airlines are achieving sustainable levels of profitability. It’s still, however, a tough business, and we are being challenged on the cost front by rising fuel, labor and infrastructure expenses.”

However de Juniac said to continue to deliver on the industry’s full potential, governments need to raise their game—implementing global standards on security, finding a reasonable level of taxation, delivering smarter regulation and building the cost-efficient infrastructure to accommodate growing demand. “The benefits of aviation are compelling—2.7 million direct jobs and critical support for 3.5% of global economic activity,” he said.

According to IATA, the wider economic situation is only improving slowly in Africa, which is hampering the financial performance of its airlines. The key Nigerian economy is only just out of recession and growth in South Africa remains extremely weak.

‘While traffic is growing, passenger load factors for African airlines are just over 70% which is over 10 percentage points lower than the industry average. With high fixed costs this low utilization makes it very difficult to make a profit. Stronger economic growth will help in 2018, but the continent’s governments need a concerted effort to further liberalize to promote growth of intra-Africa connectivity,” the report reads in part.

African skies are most regulated in the world despite the Yamoussoukro Declaration of 1999 that laid out intentions to free the continental skies. Part of the reason for Africa’s under-served status, according to a World Bank study, Open Skies for Africa – Implementing the Yamoussoukro Decision, is that many African countries restrict their air services markets to protect the share held by state-owned air carriers.

This practice originated in the early 1960s when many newly-independent African states created national airlines, in part, to assert their status as nations. Now, however, most have recognized that the strict regulatory protection that sustains such carriers, has detrimental effects of air safety records, while also inflating air fares and dampening air traffic growth.